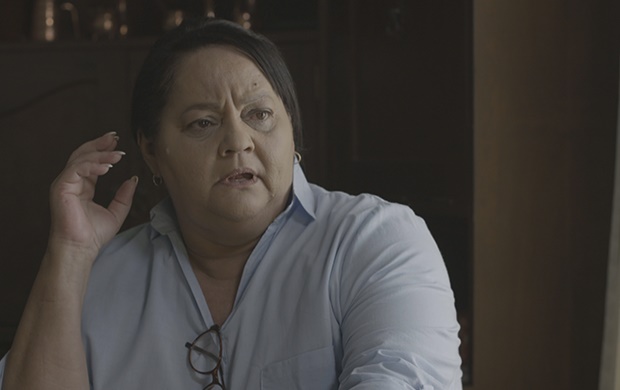 One of the most notable in the business, her career as a professional actor began in 1984. Since then, she has appeared in feature films, television and stage productions.

Shaleen is best known for her roles as Fiela in the 1988 film, Fiela se Kind, and as Nenna in the M-Net soapie Egoli: Place of Gold.

Her extensive resume includes roles in 7de Laan, Generations, Broken Vows, and the Leon Schuster movie Mama Jack. More recently, she appeared in the kykNet telenovela Arendsvlei and the movie Swirl. In 2018 she reprised her role as Fiela in the stage production directed by Frans Swart.

Here are four of her most memorable roles:

2. Nenna in Egoli: Place of Gold

READ MORE | Shaleen Surtie-Richards on her new role in Arendsvlei: 'It is the beginning of Janice's new hell on earth'

We live in a world where facts and fiction get blurred
In times of uncertainty you need journalism you can trust. For only R75 per month, you have access to a world of in-depth analyses, investigative journalism, top opinions and a range of features. Journalism strengthens democracy. Invest in the future today.
Subscribe to News24
Next on Channel24
WATCH | Showmax releases first-look trailer for Temptation Island South Africa