90 Day Fiancé: Big Ed on that STD test and the lies that came back to bite him 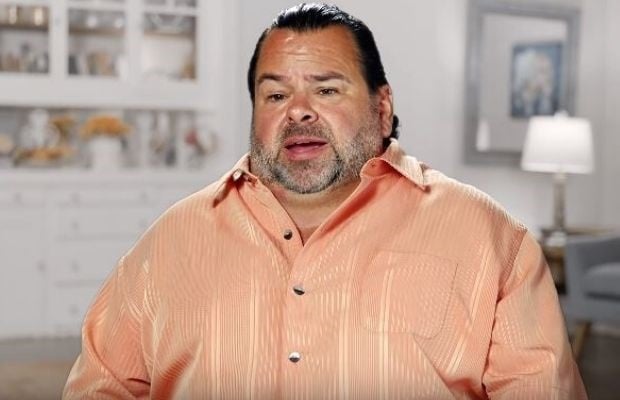 Channel24's Graye Morkel spoke to 90 Day Fiancé: Before The 90 Days' breakout star "Big Ed" about his nagging trust issues with girlfriend Rose and his request for her to take an STD test when he was reluctant to take one himself.

Despite his short stature Ed Brown from San Diego, California is better known as "Big Ed," because of his larger than life personality and infectious energy.

54-year-old Ed made his debut on season 4 of the hit reality series, when he took a leap of faith to travel to the Philippines to meet his 23-year-old girlfriend, Rosemarie face-to-face for the very first time.

"Big Ed" has been single for close to three decades following a divorce 28 years ago. But, when the photographer met the beautiful Rose on Facebook he was moved and wanted to take a second chance on love.

However, his daughter's disapproval of their relationship, and unanswered questions about Rosemarie's past threatened to derail their once-perfect romance once Ed arrived in his girlfriend's hometown.

Aside from his tumultuous relationship, Ed also fell victim to cyber-bullying when the season's teaser trailer first aired and people made cruel comments about his physical appearance.

Ed was born with Klippel Feil syndrome (KFS), a rare bone disorder, which is characterised by a short neck and restricted mobility of the upper spine.

Very early on in the season, we learnt that Ed's ex-wife and daughter did not approve of his relationship with Rose or support his decision to be part of the show.

When asked if his relationship with his daughter, who he used to share a tight bond with, has improved, Ed had a crack in his voice as tried to hold it together: "You're going to make me cry."

At the airport on his way to the Philippines, Ed made a last-ditch attempt to contact his daughter by sending her video message, because he had never gone on a trip without saying goodbye to his only child - and she replied in the nick of time.

About the state of their relationship, he says: "We are much better now, and we've come back together. But it was a hard thing for me not to talk to her, so I kept calling. When she called back, I started crying, and speaking to her is what carried me emotionally through the 23-hour flight."

But when Ed arrived in the Philippines, cracks soon started to show in his 3-month-old relationship, when Rose kept dodging questions about her past, and Ed asked his new girlfriend to take an STD test.

The pair ultimately had a massive blow-out when Rose questioned Ed's reasons, saying she feels "disappointed" and "offended" that he doesn't trust her.

Despite their big fight about the sexual health test Ed says that he doesn't regret asking the question, but wishes he had gone about it differently.

"I hadn't been in a romantic relationship for 28 years, and I'm not really sexually active. She hid a lot from me and, she had a lot of friends on Facebook. At one time it was over 4 000, and when I asked her about it, she would hide it from me, and then it would reappear with about 500 missing. When I would ask where Prince's father was, and about her past boyfriends, she wouldn't want to talk about it," he explains.

Ed was also called out online for his hesitance to take an STD test himself, even though he expected his girlfriend to. According to Ed, he wasn't "comfortable" getting the test done in the remote area of the Philippines that they were staying.

"Honestly, I wasn't comfortable with someone sticking in a needle in my arm in the country, or the area I was in because it was so desolate."

Looking back, Ed says that he wishes he would have taken the test before his departure so that he could have shown Rose that he wasn't expecting her to do anything that he wasn't willing to do himself.

"I did get tested when I returned to the States, and I'm clean," he adds.

But even though Ed has had concerns about whether Rose was completely truthful throughout their relationship, he admits that he wasn't entirely honest either.

When the couple started talking online, he told Rose that they were the same height at 5 feet 2 inches (157cm), even though he is under 5 feet.

About why he bent the truth, he admits that he is self-conscious about his height, saying: "When you are on dating websites, and you look at what women want, they want the beautiful guy that is over six feet tall, which I am not."

On the show, it came across as if Ed was also not being transparent with Rose about not wanting more children, or his plans to get a vasectomy. Even though he knew that Rose, who already has a son, wanted to have another child. But according to Ed, the couple never officially addressed the topic, and he "kind of just said okay" when she mentioned she wanted a girl.

Despite his best efforts, Ed admits these blunders "absolutely" impacted his relationship. "I think it affects any relationship when the couple is not on the same page with regards to growing the family," he says.

Ed needs some advice...did he totally ruin his chance with Rosemarie? #90DayFiance

When asked about the emotions he experienced, sharing the most personal details of his life with the world, Ed says: "I've felt a range of emotions from having anxiety to being elated and then being brought to tears by people's mean comments. People have body-shamed and bullied me to the point where it has made me cry."

Even though his experience with the cyberbullies was painful, Ed has used his platform to speak out about body-shaming and online bullies. After the show aired, Ed was contacted by several people who also suffer from Klipper Feil syndrome, and he has been able to have a positive impact on their lives.

About the disturbing experience, he says: "When the trailer came out in January, people started making fun of my neck, and body-shaming me and putting my head on animals, really just pure hatred. Slowly but surely people started writing articles about me, and about my conditions and educated people on body-shaming."

Soon he was receiving support from all over the world, including South Africa.

"I got a letter from a girl in South Africa, who is actually friends with Syngin from season 7 of 90 Day Fiance. She wrote to me saying that she is about to get married and she also has Klippel-Feil syndrome, which is when you're born with a shorter than average neck with limited movement and a bigger rib cage and shorter stature. I had been made fun of my whole life, and I told her what I've always told myself, and that is not for the condition to define you. God made you this way for a reason, and you're special in every way."

He adds: "I started sharing anti-bullying messages, and I've been able to create this positive platform which is something that I never thought that I would be able to do."

When last we saw Ed in the Philippines, in the most recent episode, he was left heartbroken and exclaimed that he no longer believes in love.

But now that everything is said and done, Ed says he "definitely believes in love" again.

"The hardest thing for me was that because I was single for so long, you teach yourself and you condition yourself not to trust other people and that you believe that you can't be trusted either. It's a double-edged sword. But I believe in love now, because now I trust myself and I have opened my heart to trusting another person," he ends off saying.

We live in a world where facts and fiction get blurred
In times of uncertainty you need journalism you can trust. For 14 free days, you can have access to a world of in-depth analyses, investigative journalism, top opinions and a range of features. Journalism strengthens democracy. Invest in the future today. Thereafter you will be billed R75 per month. You can cancel anytime and if you cancel within 14 days you won't be billed.
Subscribe to News24
Related Links
90 Day Fiancé: SA's Syngin Colchester tells us everything about life in America and what he...
WATCH: The top 10 worst couples on '90 Day Fiancé'
90 Day Fiancé's Darcey Silva sets the record straight: I'm not desperate
Next on Life
Scandal! recap: The end of a fairy tale as Dintle accidentally marries her biological father