90 Day Fiancé: SA's Syngin Colchester tells us everything about life in America and what he misses most about home 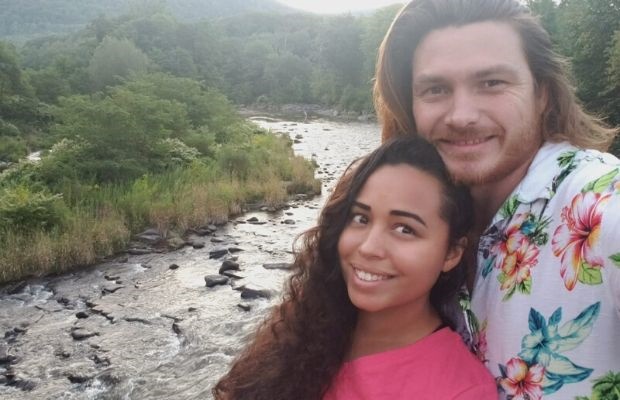 When 90 Day Fiancé's free-spirited Syngin Colchester arrived in New York to be reunited with his American then-girlfriend, Tania Maduro, people across the world fell in love with the Long Street barman from Cape Town with the blonde surfer hair.

On a phone call from Cape Town to Connecticut, Channel24 caught up with 90 Day Fiancé season seven's Syngin about realising his childhood dream of visiting Time Square, and how he couldn't leave the country without his Milo, Aromat and chakalaka.

When I first reached out to Syngin, he was incredibly friendly and super-keen, especially when he heard I was South African and from his old neck of the hoods.

Speaking from his new home in America, and with his dry sense of humour, Syngin admits that he is a little bored while social distancing. "I'm already driving Tania up the walls," he laughs.

He recalls arriving in America for the first time and says it was a '"fun and crazy experience," saying: "Back home, you only see American culture on TV, and I always thought that it would be amazing to visit Time Square and places like that. It has always been a childhood dream of mine. And when I arrived, it was actually such an overwhelming experience." "Everything in America is upscaled, even the small cities look like Cape Town and have huge skyscrapers," he goes on to say.

Another surprise was the warm welcome he received from strangers and Tania's family and friends. "I also initially thought that Americans would be arrogant, stuck-up or have big egos, but they've been so friendly and inviting toward me."

Syngin and Tania were one of the couples who received the most flak on the dating reality show, and Syngin admits laying your relationship bare to the world makes you vulnerable.

He says: "Although everyone is entitled to their opinions, people are a lot more vocal to raise their views on social media."

Even though the producers prepared the couple for backlash, he admits that it ended up being worse for Tania than for him.

Tania was dragged over the coals when she left Connecticut during the 90 days to pursue her studies in herbal medicine in Costa Rica, leaving Syngin for 30 days, while he stayed in America. When she returned, she got knocked once more after she told Syngin that he wasn't her soulmate. About the negative comments on social media, he says: "People were calling her selfish for leaving to another country in the middle of the 90 days, and she had to endure a lot of online abuse. But we actually discussed it, and it wasn't like she just up and left. People saw it as her abandoning me in America. Of course, I missed her, but it wasn't how people were making it out to be at all."

"It's mentally straining, and you can't pay too much attention to that, or it will drive you crazy. Just stay true to yourself are and remain positive - it's all you can do."

Another factor that caused some tension between the couple was Syngin's indecisiveness when it came to choosing a career path. But after opening up on the show about his 7-year stint working in underground mining operations in South Africa, it became apparent that the 29-year-old was still dealing with the fallout from the traumatic work experience.

Speaking about his time working in the mines he says: "I ran into some trouble at school and home when I was younger, and at the age of 17, I got a job working on the mines, without any proper documents. And I did that for seven years."

"I worked 2.7 km underground, the deepest in South Africa, and it was traumatising, especially being that young [17].  It is such a toxic environment, and you are told that as a man, you can't show emotion. There was a lot of drinking and drugs, and for a young person, especially, it was traumatic. I witnessed people dying. And looking back now, I would risk my life going back underground for stupid reasons. There were so many times I would wake up in the morning thinking about committing suicide, and now I realise that I definitely have PTSD," he adds. About the effect it has had on his life, he says: "It had a ripple effect in my life, and now I don't even want to do a job that I dislike even a little, but on the other hand it feels like I have a clean slate and I can do whatever I want."

Despite his troubled past, Syngin misses his hometown. After all, that is where he met his wife, and their whirlwind love-affair began!

"What I miss most about South Africa is the people and the vibe, and wearing short pants and plakkies. I miss having a braai and a brandy. You grow up with the amazing culture, and when it's taken away, you miss the small things, from just having a braai to watching the rugby. Cape Town has such an amazing atmosphere, so coming to live in such a small town was really an adjustment for me," he says.

About what he brought along with him to remind him of home, he says: "I love rocks, so I brought along some local rocks like Tiger's Eye. I also have some patriotic memorabilia like the flag and a good old rugby ball."

"I managed to sneak in some vacuum-sealed biltong. I also have some Milo, Aromat, chakalaka. But what I miss most of all is the atmosphere and the people. South Africans are such 'lekker' people," he laughs. 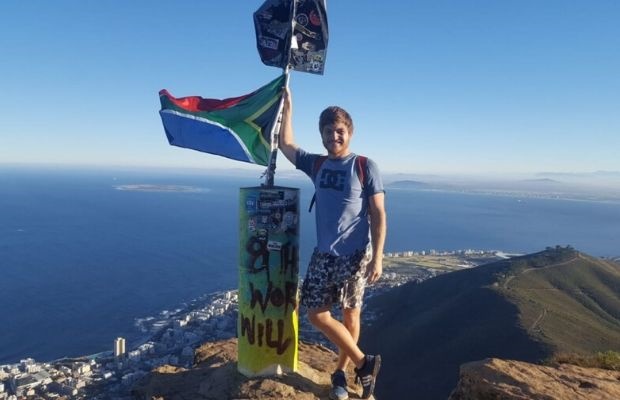 Syngin and Tania have also formed a close bond with 90 Day Fiancé couple, Michael and Juliana. "We've met up with them a couple of times, we've partied together, and they've been the couple that Tania and I have gelled with the most," he says, adding: "I also really like Murcell and Anna."

If the couple is returning to South African shores soon, remains under lock and key, but when it happens, Syngin says that it will be a "glorious time."

Before we hang up our conversation, Syngin asks if I would like to speak to Tania, as she is close by, and who would turn down the awesome opportunity - not me!

I thank Tania for taking such good care of our Cape Town boy, and she assures me: "We've had our share of ups and downs, but Syngin is very, very, very, very loved." When asked if looking back, she would change anything; I hear Syngin jokingly shouting from the background: "That pink T-shirt."  The herbalist says that although the show put them through their ups and downs, she wouldn't change a thing.

Cape Town also has a special place in Tania's heart, as she says she loves having been able to go to the beach with the mountains in the background.

She says: "Definitely, the landscape is beautiful, like nothing I have ever seen in the states. And the food, the variety is amazing. Some of the local cuisines reminded me of the food that my mother would make, and it was so heart-warming. It reminded me that we are more connected than what we often are aware of."

Watch 90 Day Fiancé: Before The 90 Days season 4 Thursdays at 20:00 on TLC with repeat episodes streaming on DStv Catch Up.

We live in a world where facts and fiction get blurred
In times of uncertainty you need journalism you can trust. For 14 free days, you can have access to a world of in-depth analyses, investigative journalism, top opinions and a range of features. Journalism strengthens democracy. Invest in the future today. Thereafter you will be billed R75 per month. You can cancel anytime and if you cancel within 14 days you won't be billed.
Subscribe to News24
Related Links
WATCH: The top 10 worst couples on '90 Day Fiancé'
90 Day Fiancé's Darcey Silva sets the record straight: I'm not desperate
New series on TLC: Meet the sisters who weigh 500 kg
Next on Channel24
Studying serial killers – Former FBI agent Dr Bryanna Fox lets us into her world