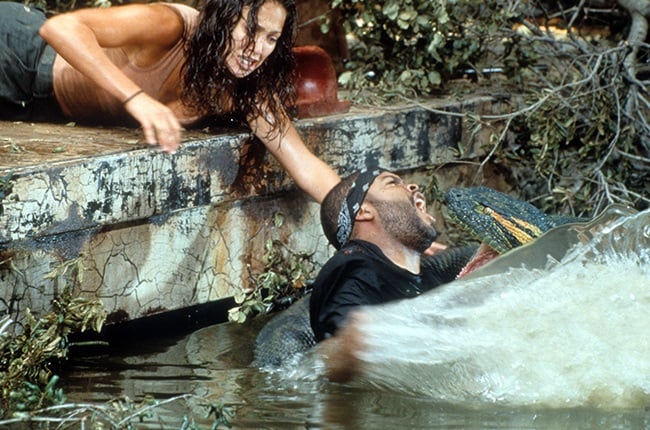 e.tv made headlines and angered viewers when the eMedia channel announced that it would again show Anaconda on 15 January, after it promised 8 years ago that it would never again be showing the 1997-film when it did a "final premiere" of the horror in June 2014.

At the start of 2022, e.tv had shown Anaconda at least 19 times over the past number of years, not counting the multiple broadcasts of the film on other eMedia TV channels like eMovies, or any of the multiple same-week repeats after an initial reschedule airing, or rebroadcasts.

Similarly, the franchise's sequels like Anaconda: The Hunt for the Blood Orchid never left e.tv and remain in constant high-rotation scheduling, shown annually and multiple times in 2021 on e.tv.

After the film's broadcast on Saturday night at 20:00, Anaconda starring Ice Cube, Jon Voight and Jennifer Lopez, managed to lure over 2.4 million viewers who not only tuned in to e.tv but kept watching.

This week, in a statement following its broadcast, e.tv said: "The movie is an old favourite, and even though you know that snake is about to strike, you can't stop watching."

Anaconda is an old-time favourite, and we know our audiences are hooked on suspense. We will continue to bring the drama, suspense and thrills to viewers.
-- Marlon Davids, managing director of the channels

We live in a world where facts and fiction get blurred
In times of uncertainty you need journalism you can trust. For 14 free days, you can have access to a world of in-depth analyses, investigative journalism, top opinions and a range of features. Journalism strengthens democracy. Invest in the future today. Thereafter you will be billed R75 per month. You can cancel anytime and if you cancel within 14 days you won't be billed.
Subscribe to News24
Next on Channel24
New Star Wars series with Jude Law in the works