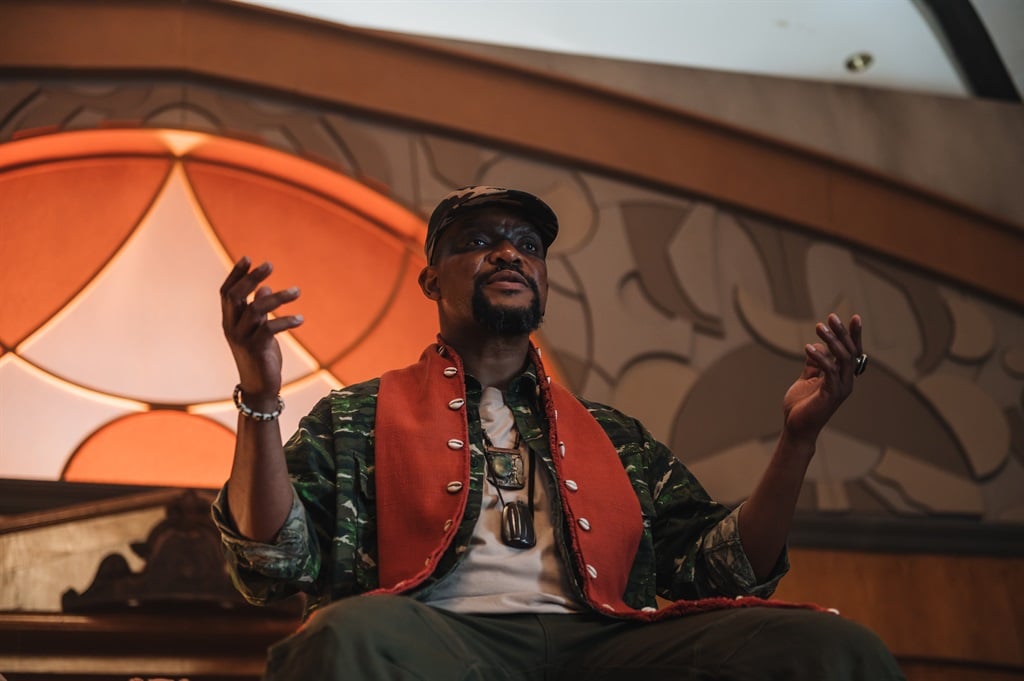 Since Netflix's latest African original, Justice Served, premiered on the streaming service last week, it has been the number 1 show in South Africa.

Hlomla Dandala plays Azania Maqoma, the leader of a group of freedom fighters called Numooris who invade a courtroom on the last day of trial, where a guilty verdict is expected, to take matters into their own hands.

He's been on TV screens as a lead actor in various roles, but for The River actor, this role evoked a trilogy of emotions.

"Working on this was exceptionally exciting, scary, and volatile," he said in a red carpet interview with Channel24.

"Volatile is the word that keeps running through my mind; when you do a character like this, you have to have your nerves raw and allow yourself to go where the character takes you. It took a great deal of courage."

"What I hope people take away from this is that they give themselves permission to seek their sense of justice and to speak their truths," he said.

Motshabi Tyelele, who plays Judge Bhengu, echoed a similar sentiment and said that it was "quite exciting" working on the production and added that it was one of the "most beautiful" projects she could have ever done.

"It is exciting because there are so many things to draw from it and have a look at and compare. The timing is right; It's a situation where we have to start asking really hard questions about where we are as a society, what justice is, and how our system is challenged."

The veteran actor added that she hoped people would challenge themselves on how they could make the country a better place, despite all the difficulties our society faces.

Another Justice Served actor Anton Jeftha (who plays TK), described his character as "exceptionally loyal." "To him, I think, it's the biggest betrayal to step out of the brotherhood."

He added that he enjoyed playing the character of TK, despite his hot-headed nature. "He shoots now and asks questions later; I think he's an angry person based on things that happened in his past, but, in his mind, he's doing the right thing for the greater good."

Another member of the Numoori squad is actor Bokang Phelane who plays Vanessa.

"It was a thrilling experience; I felt honoured," she said. "This is a big moment, and this is a beautiful story."

Phelane added that the Numoori represented "a lot of us as."

Tiisetso Thoka, who plays the ill-fated Sphiwe, said playing the character was "one of the best" of his career.

"I've played so many characters which broke out internationally, but this one, I feel, resonated with me personally," Thoka said. "I have an uncle who's a security guard, so there are bits and pieces I had to pick up here and there to make it come to life."