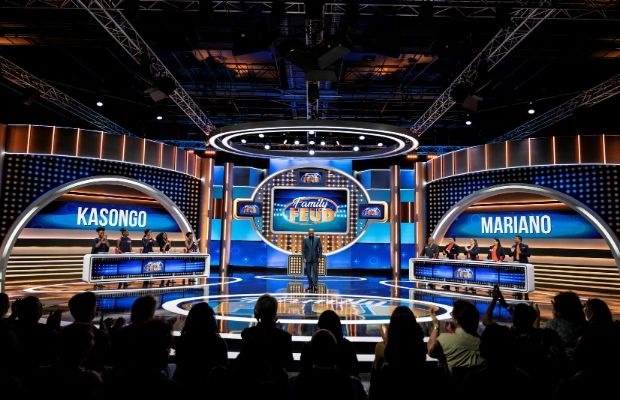 South African families are preparing to take each other on as the famous TV game show Family Feud makes its local debut on Sunday 5 April at 18:00 on e.tv.

Hosted by award-winning entertainer, businessman and philanthropist Steve Harvey, who has been hosting the American version of Family Feud since 2010, this debut of the 26-episode season is a dream come true for the TV personality.

"Bringing Family Feud to Africa has long been a dream of mine," Steve said. "I believe Family Feud will become a household name for local South African families. This is just the beginning. I expect this show to lead to multiple media and business projects in and throughout the continent of Africa."

Family Feud is a family comedy with the comedian embarking on a journey to learn about South Africa and its people, while two families compete to name the most popular responses to survey questions related to the country. The family that gains the most points walks away with the prize money.

ALSO READ: Steve Harvey will be living in SA to film local version of 'Family Feud'

HERE'S HOW THE GAME SHOW WORKS:

The answers to the survey are locked into the gameboard, and even if the contestants give a really good answer if the answer is not on the board, it doesn't count.

Each correctly guessed answer is worth a certain number of points, which increase during the rounds. If a team fails to answer a question, they get a strike.

After three strikes, the opposing family gets a chance to 'steal' the points on the board. After five rounds, the family with the least points walk away with their winnings, while the other family goes on to play 'Fast Money' in a bid to win the jackpot in addition to money won during the game.

You can expect fun and laughter as fellow families win serious cash. And no-one walks away empty-handed. To show that even 'feuding' families can come together, headline sponsor KFC will give away a Finger Lickin' Good bucket of R10 000 in KFC vouchers every week to the losing family.

The South African season will air every Sunday at 18:00 on e.tv from 5 April until 27 September, with a repeat on eExtra on Friday nights.