Apart from announcing the show's release date, details about the second season of The Umbrella Academy have been sparse.

On Tuesday, Netflix released first look images of the second season that have given us some answers.

One: although the Hargreeves didn't prevent the apocalypse, they all survived it, and two: they now find themselves in 1960s Dallas.

Based on the comics and graphic novels by Gerard Way, it centres on seven children adopted by Sir Reginald Hargreeves, a billionaire industrialist. They were born on the same day in 1989. Each of them has a superpower that they must use to help save the world.

After Five (Gallagher) uses his powers to escape Vanya's (Page) apocalypse, the time jump scatters the sibling in time in-and-around Dallas over three years starting in 1960, reads the official synopsis by the streaming service.

Some, having been stuck in the past for years, have built lives and moved on. Five is the last to land, in the middle of a nuclear doomsday, which turns out is a result of the group's disruption of the timeline.

Now they must find a way to reunite, figure out what caused doomsday, put a stop to it, and return to the present timeline to stop that other apocalypse — all while being hunted by a trio of ruthless Swedish assassins. 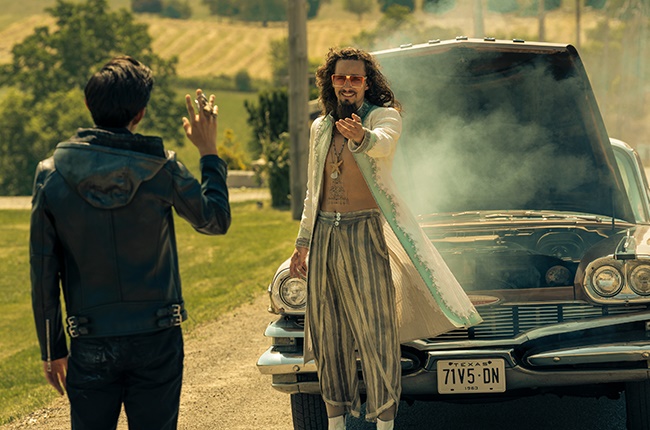 The Hargreeves reunited.
Photo: Christos Kalohoridis/Netlfix
We live in a world where facts and fiction get blurred
In times of uncertainty you need journalism you can trust. For only R75 per month, you have access to a world of in-depth analyses, investigative journalism, top opinions and a range of features. Journalism strengthens democracy. Invest in the future today.
Subscribe to News24
Related Links
We flew to London to meet The Umbrella Academy and this is what they said about becoming superheroes
REVIEW: The Umbrella Academy S1
Ellen Page gives us the inside scoop on her new Netflix superhero show you will want to...
Next on Channel24
Top 10 reasons you need to be watching Hacks

Read more on:
the umbrella academytv
You've got mail!