Golden Globes 2020 TV guide: These are the award-winning shows you should be watching 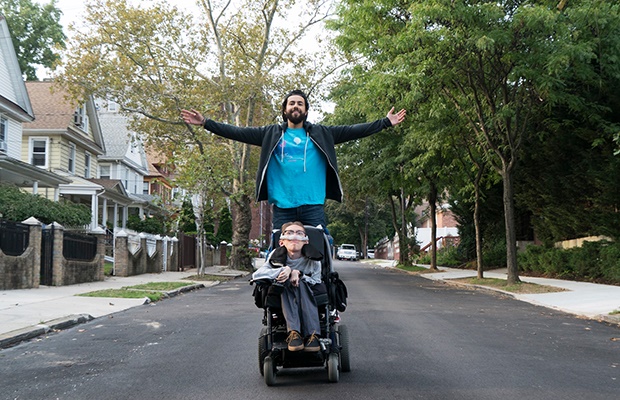 Cape Town - So you've read all Channel24's stories about The Golden Globes 2020 – from our review to Awkwafina making history and even Gwyneth Paltrow's much-talked-about dress.

Now, if you haven't gotten the chance yet to watch any of the award-winning shows, we've got you covered.

READ NEXT: All the 2020 Golden Globe winners.

From series on Showmax to Prime Video, Netflix and DStv Now...

CHECK OUT THESE GOLDEN GLOBE AWARD-WINNING SHOWS YOU CAN WATCH RIGHT NOW:

Four very rich siblings behave very badly as they try to win their father's approval and control of his company, which is a global media empire.

Fleabag is a hilarious and poignant window into the mind of a dry-witted, sexual, angry, grief-riddled woman, as she hurls herself at modern living in London.

Chernobyl dramatises the story of the 1986 nuclear accident - one of the worst man-made catastrophes in history - and of the brave men and women who made incredible sacrifices to save Europe from unimaginable disaster.

This drama follows the political rivalries and romance of Queen Elizabeth II's reign and the events that shaped the second half of the 20th century.

Ramy Hassan (stand-up comedian Ramy Youssef) is a first-generation Egyptian-American in politically divided New Jersey, where he's caught between a Muslim community that thinks life is a moral test and a millennial generation that thinks life has no consequences.

Award: Best Actor in a Comedy or Musical (Ramy Youssef)

This fascinating eight-part crime drama will leave you gobsmacked. Based on real-life events, The Act chronicles the true story of a mother who fooled the world, doctors and her own daughter for years.

IF YOU REALLY DON'T WANT TO WATCH ANY OF THESE THEN: South African viewers who missed the live broadcast of the Golden Globes on Monday morning can watch the rebroadcast at 20:00 on M-Net (DStv 101).

We live in a world where facts and fiction get blurred
In times of uncertainty you need journalism you can trust. For 14 free days, you can have access to a world of in-depth analyses, investigative journalism, top opinions and a range of features. Journalism strengthens democracy. Invest in the future today. Thereafter you will be billed R75 per month. You can cancel anytime and if you cancel within 14 days you won't be billed.
Subscribe to News24
Related Links
Golden Globes 2020 – Not the party we hoped it would be
Here's why Awkwafina's Golden Globes win was so historic
Charlize Theron recalls her childhood in South Africa as she pays tribute to Tom Hanks at 2020...
Next on Channel24
New Star Wars series with Jude Law in the works