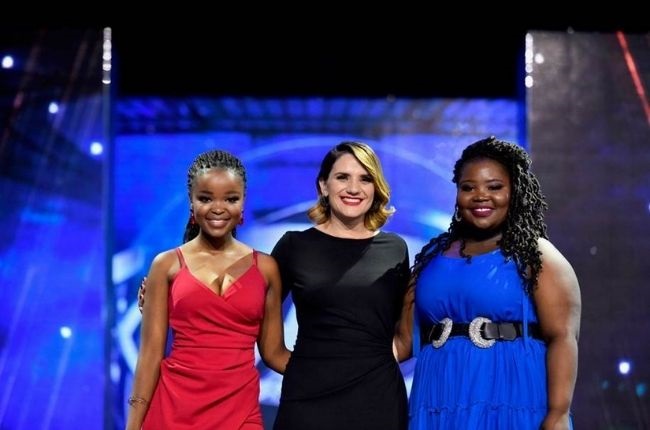 It's also the first time that two of the top three contestants are returnees to the Idols SA stage: Berry and Karabo both had a previous journey with Idols SA but were eliminated before they managed to reach the stage of the weekly Sunday live shows.

On Sunday night, Kevin Maduna from Soweto got eliminated after receiving the least votes out of the 8 million cast last week.

The top three contestants are flying to Cape Town this week and will spend the week in the Mother City where they will be recording their first singles with Kalawa Jazmee Records before returning to Johannesburg for Sunday's next live show.

On Sunday 14 November, DStv subscribers will find out which two contestants will be competing in the Idols SA season finale on 21 November.

The 17th season of Idols SA is far off from its former rating dominance in previous seasons. Hundreds of thousands of DStv subscribers have jettisoned the [SIC] Entertainment produced show for M-Net's Mzansi Magic channel.

Idols SA, which used to rank first in previous seasons as the most-watched show on MultiChoice's DStv service, during the broadcast of in-season episodes pulled only 709 655 viewers at most in September as the 9th most-watched DStv series after it shed hundreds of thousands of viewers.

We live in a world where facts and fiction get blurred
In times of uncertainty you need journalism you can trust. For only R75 per month, you have access to a world of in-depth analyses, investigative journalism, top opinions and a range of features. Journalism strengthens democracy. Invest in the future today.
Subscribe to News24
Next on Channel24
Netflix stung by slowing subscriber growth