Marike Bouwer walks out the winner of VIA’s first season of 'Trap! Dis My Huis!' 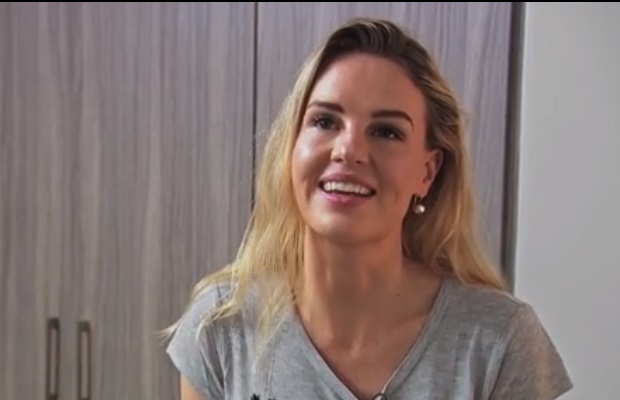 Marike Bouwer, a 35-year old owner of a hardware store in Fresnaye, Cape Town became the winner of the first season of the crowded house reality series Trap! Dis My Huis! on VIA (DStv 147) on Wednesday night after she managed to solve a series of challenging number puzzles winning the remaining R617 600 prize money.

The reality series produced by Afrokaans is an Afrikaans reality version of the international TV format from Fremantle, Get the f*ck out of my house that has 100 people camera-followed inside a 4-bedroom house.

The South African version had 50 South Africans crammed into a small, 2-bedroom, 2-bathroom house - sleeping on the floor and trading clothes for cigarettes – as they got whittled down to eventually just two contestants in the season finale which Marike won.

Filmed over 18 days, the contestants had to share everything from toilet paper to bedding and whatever food they managed to buy from inside the small show house for a complex development in Kuilsriver.

Co-presented by Amalia Uys and Zoë Brown, the double garage was used for the master control room. At the same time, a group of cameramen and built-in house cameras spied on the contestants.

In the first season finale Rinnie, Blue, Hein, Rhona, Judith, Christo, Marli, Marike and Johan were left, with Rinnie who left first taking the bait of R50 000 to leave, after which Christo, Rhona and Hein fell out, followed by Johan in two more games.

Next to go were Judith and Blue in the next game, followed by Johan who got eliminated in another ball and sticks game.

In the final game, Marli struggled with maths when Marike took the lead in a quiz about their time in the house and various number puzzles that needed to be solved in order to get the combinations to open various locked boxes.

"I've made extremely great friends in the house. I took big chances, and I'm so appreciative that I'm able to walk away at the end with this big amount of money," said Marike, adding: "I'm going to do good things with it."

"When I opened that door, and I walked out with my box, and I saw all of my close friends from inside the house, it was overwhelming," she said. "It was champagne bottles; it was the large cheque. It was the most amazing feeling that I can't explain to anybody. I feel very proud that I've walked out as the champion."

While a second season of Trap! Dis My Huis! has not been announced, the reality series lifted VIA's viewership during the Wednesday night timeslot on MultiChoice's DStv satellite pay-TV service, making it very likely to return for another season.

We live in a world where facts and fiction get blurred
In times of uncertainty you need journalism you can trust. For only R75 per month, you have access to a world of in-depth analyses, investigative journalism, top opinions and a range of features. Journalism strengthens democracy. Invest in the future today.
Subscribe to News24
Related Links
Moja Love donates R200 000 to Vinolia 'V-Mash' Mashego's family
Kim Cloete on her character in Arendsvlei: 'She has unfinished business with Hamilton'
This graph shows how streaming on Showmax drastically increases as the coronavirus pandemic grows
Next on Channel24
10 things to watch next if you loved Squid Game

Read more on:
tvtrap! dis my huis
You've got mail!