Marvin-Lee Beukes on playing Greg and charming Donovan, whose arrival in Suidooster will shake you 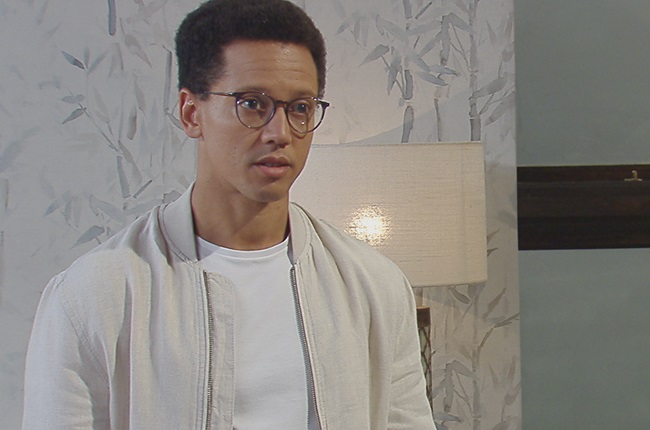 Charming and driven Donovan (Marvin-Lee Beukes) caused quite a stir when he joined JPD as the new real estate agent in kykNET's popular soapie Suidooster.

While Zoe (Lauren Joseph) and Danni (Vashti Prins) tried to set up with singles, it was Bridgette (Denise Newman) who caught his eye. It ruffled feathers in Ruiterbosch and the soapie's fanbase, who were very vocal about the cougar and Ben10 relationship on social media.

Taking up the dual role of Donovan and Greg has been a challenge for Marvin-Lee.

"I knew I would have to play the twin, and my initial thought was: 'Cool! What a nice challenge.' Little did I know how big a challenge it would actually turn out to be," says the 35-year-old.

In this Q&A, Marvin tells us more about his dual characters, what viewers can expect and weighs in on the opinions about Donovan and Bridgette's relationship.

How would you describe the twin's relationship; what are Greg's motives for coming to Ruiterbosch, and how will this affect Donovan?

Greg has turned his life around (well, he's trying). He comes to Ruiterbosch to reconnect with his brother, but also - even if unknowingly to him - to get help from his brother.

What is both challenging and exciting about playing two characters?

Firstly, the workload is immense. Double storylines, quick wardrobe and make-up changes and of course, the fact that the average scene is three pages long. The fact that I had 15 minutes to shed one character and embody the next one was another challenge. And the fact that the two brothers couldn't be that different in appearance (for reasons the viewers will discover later) made it particularly challenging - the differences had to be clear but not too stark. I don't know how to answer that, but here goes: I guess I developed a feeling for each character - a physical feeling, an embodiment. And, for Greg, specifically, I developed mannerisms to fall back on and draw me back to him if I lost touch with the character. The producers had clear ideas about the characters, and I worked within those boundaries and the particular boundaries of the soapie medium.

Which character was easier for you to relate to, Donovan or Greg? And why?

They are both extensions of my personality, so both.

Greg's been hinting that Donovan has some skeletons - without giving too much away, what are viewers going to learn about Donovan that might shock them?

Let's just say Bridgette was not his first love.

May it be that as a society, we are more used to men doing whatever they want, and we don't afford women the same luxury? You're playing two different characters; how do you switch off and just be Marvin-Lee when you're done filming?

Well, it is tough as I'm almost constantly in the story world. I think my saving grace is the fact that I stick to my schedule. I still get up at the same time and go to bed at the same time, I eat at roughly the same time every day, and I try to keep my exercise regime intact. I think all of this keeps Marvin intact too!

You're still relatively new to Suidooster; what has the experience been like working on the soapie so far?

It's not my first time working on a soapie, which helped. I don't think I would have been able to do this if it was my first rodeo. The soapie medium has some unique challenges, and if everyone doesn't do their part, it can be a nightmare. Luckily, the Suidooster production team is a stellar one, and the production runs like a well-oiled machine. I take my hat off to the crew in particular - they work tirelessly to bring the stories to our screens, and I don't think we could ever pay them the praise they deserve.