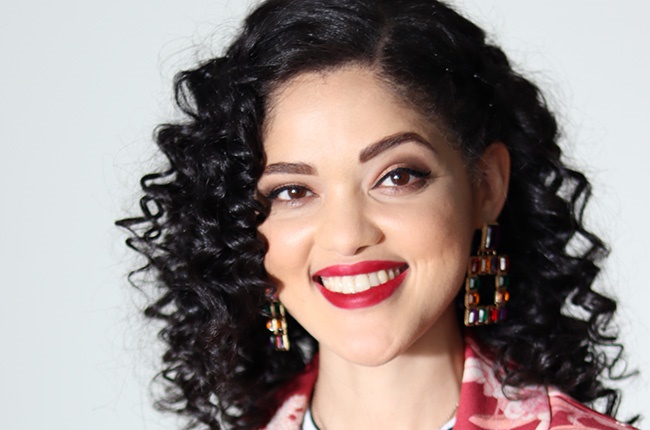 Two new actors are joining the cast of the SABC2 daily soap, 7de Laan. Beàta Bena Green and Rubin Wissing have been announced as the Season 22 cast interns.

Beàta will play Crushanda "Shady" Vermeulen, Bonita Meintjies' niece. Raised by her mother with the aid of wealthy grandparents, she never knew her father Ronald, who also goes by the street name "Trigger". Trigger is Bonita's juvenile delinquent brother, who at one point drew her into a life of crime for which he is still serving a jail sentence.

With her father in prison, Shady turns into a typical rebellious teenager who wants a relationship with her father against her mother's wishes, and so, she finds herself in Hillside in search of him.

"7de Laan has played a fundamental role in my upbringing and the day-to-day culture of my household. I'm honoured at the opportunity to be a part of the 7de Laan team. I can't wait for the loyal viewers to meet Shady," says Beàta, who will make her debut on the show, Friday 9 November.

Rubin Wissing will play Ludwig Venter. "Ludo" as he would fondly be referred to, comes from a wealthy family and has everything in life made. Due to his lacklustre but cocky approach to life, his dad cuts him off, forcing him to gain independence. Ludo, who hasn't known a day of hard work in his life, is always out to make a quick buck, and this lands him smack in the middle of Hillside and the youngster's circle of friends.

"Joining 7de Laan has been a memorable moment in my career as a young performer. Being able to do what you love for a living whilst learning every day from a professional cast and crew, truly is a priceless experience," says Rubin, who can be seen on screen from Thursday, 12 November.

We live in a world where facts and fiction get blurred
In times of uncertainty you need journalism you can trust. For only R75 per month, you have access to a world of in-depth analyses, investigative journalism, top opinions and a range of features. Journalism strengthens democracy. Invest in the future today.
Subscribe to News24
Related Links
SA actor Phumzile Sitole on her role in Star Trek: Discovery and missing home: 'There's nothing...
Mzansi Magic addresses rumours of Isibaya cancellation
Cartoon Network Africa has a brand-new local series
Next on Channel24
DStv adds Racing 240 as new horse racing TV channel