The story centres on an upmarket investment empire built by Sebastian Price, the patriarch of the super-wealthy Price family. About to retire he has to hand over the reins of the business, but to who? A power struggle within his family soon turns ugly leading to betrayal, secrets, lies and revenge.

Mary-anne will play Felicity – the eldest of the Price children - a character whose tenacity is bound to have the tongues wagging.

Felicity has a firm eye on the CEO position in her dad’s upmarket investment company. But first, she has to deal with a complicated hurdle, the only male heir to the Legacy Investments throne. Anton David Jeftha plays SJ, Felicity's half-brother.

Felicity and SJ are not the only Price siblings, however. The Price family patriarch, Sebastian Price, has three daughters from his first wife: Felicity, Elizabeth and Alexandra - "Lexi".

Elizabeth is the calmer and most organised one out of the sisters. When in doubt or crisis, the Price family always relies on Elizabeth to make things happen.

Lexi is the complete opposite of her older sisters; fun-loving and carefree. She was barely a toddler when her parents divorced. 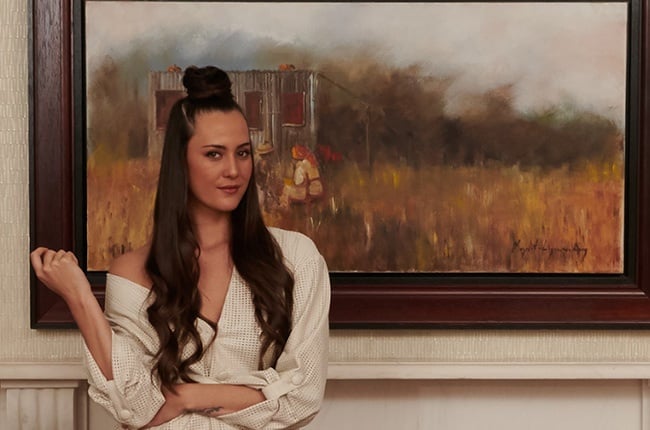 "Jay Anstey was the perfect choice for the role of Lexi," said M-Net's Head of Publicity, Lani Lombard.

"She always brings a vibrant energy to the screen, and we know that viewers will fall in love with her new character.”

The 29-year-old is thrilled to be part of the Legacy cast and to act alongside Mary-anne again.

"I have worked with Mary-anne before on two projects. The last one she played my mom. So, we have already established a close bond and it’s always an honour to work with her," said Jay.

Speaking about her role Jay said that she loves that she gets to play the youngest sibling "because as we all know the youngest can get away with anything".

We live in a world where facts and fiction get blurred
In times of uncertainty you need journalism you can trust. For only R75 per month, you have access to a world of in-depth analyses, investigative journalism, top opinions and a range of features. Journalism strengthens democracy. Invest in the future today.
Subscribe to News24
Related Links
M-Net ramps up the drama with new daily telenovela 'Legacy'
M-Net previews Perry Mason drama ahead of TV broadcast
Next on Channel24
Top 10 reasons you need to be watching Hacks