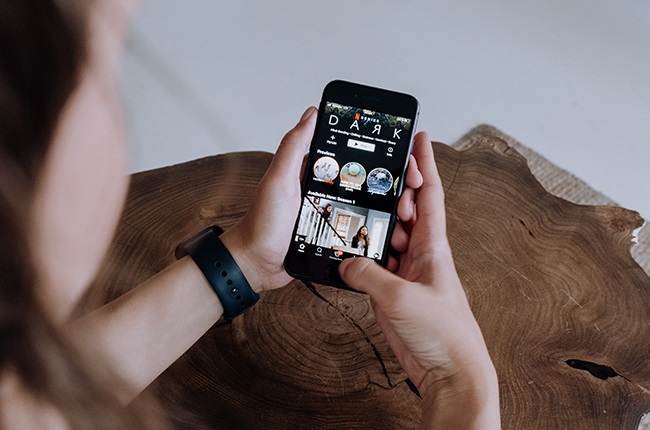 After several months of testing, Netflix is introducing its cheaper R49 per month mobile-only plan in South Africa, Nigeria, Kenya and other sub-Saharan African countries.

In 2020 Netflix tested two mobile-only plans in Africa and other countries to see whether users would like these plans. On Tuesday, the company said that the video streaming service is officially making these available to users in South Africa and elsewhere in sub-Saharan Africa.

Netflix's mobile-only plan will sit alongside its other three Netflix plans of basic, standard and premium. The Netflix mobile plan can be accessed on a tablet or a smartphone and allows one stream in standard definition (SD) (520p).

It means that only one device can plan it at one time. Consumers who subscribe to the mobile plan will have the same access to the entire Netflix catalogue available in Africa. Five different profiles can be created on the mobile plan.

Netflix's mobile plan will cost NGN1200 in Nigeria, KES300 in Kenya and $3.99 in other African countries.

"After several months of testing, we're excited to launch a new mobile plan in South Africa at R49 per month," says a Netflix spokesperson in a statement. "This plan will make it even easier for anyone with a smartphone to enjoy Netflix."

Netflix also launched its new "Play Partial Download" feature, allowing users with Android phones and tablets (v.7.64+) to start the playback of a title or episode before it has completed downloading.

Netflix will be testing this feature on iOS in the coming months. Netflix previously tested this feature in July of 2020 and found that 35% of new members and 24% of existing members played a partial download at least once.

"While there were no changes in downloading behaviour or overall streaming, we're focused on what we can do today to make it even easier to watch that nearly downloaded episode of your favourite show or a movie for those members who have unreliable WiFi," Netflix says.

"By enabling this feature, we're hoping to help our members save time as customers have pivoted to using offline viewing."

Keela Robison, vice president of product innovation at Netflix, says: "We always want to make it easier for members to access their favourite series or movies regardless of language, device, connectivity, or location. So partial downloading is now available on Android phones and tablets, and we'll begin testing on iOS in the coming months".

We live in a world where facts and fiction get blurred
In times of uncertainty you need journalism you can trust. For only R75 per month, you have access to a world of in-depth analyses, investigative journalism, top opinions and a range of features. Journalism strengthens democracy. Invest in the future today.
Subscribe to News24
Next on Channel24
What happened to Honey Boo Boo?