Kyla-Drew as Sasha and Jamie Foxx as Brian in Dad Stop Embarassing Me.
Photo: Saeed Adyani/Netflix

Jamie Foxx is returning to his TV roots in the new Netflix sitcom Dad Stop Embarrassing Me! The show is inspired by his relationship with his daughter Corinne Foxx.

On Thursday, the streaming service released first look pictures of the show, which will premiere on 14 April.

According to an official synopsis, Brian Dixon (Foxx), a successful business owner and bachelor, unexpectedly becomes a full-time father to his teenage daughter Sasha (Kyla-Drew). Determined to turn over a new leaf, Brian's going to need all the help he can get from his dad (David Alan Grier) and sister (Porscha Coleman) — and Sasha's going to need all the help she can get learning how to fit into her new, lovingly imperfect home.

Corinne, who appears with her father on the NBC show Beat Shazam serves as executive producer. In an interview with Entertainment Weekly, the 27-year-old said, "Brian really wants to understand [Sasha] so badly and be there for her — and he maybe goes to extreme lengths to do so."

About her personal connection to the show, she said that it is "very fulfilling to see how their stories "have grown into something that my dad and I can cherish and love."

"This is our story, and it's just like, 'Wow, at least we went through all that for something!'" Kyla-Drew as Sasha and Jamie Foxx as Brian in Dad Stop Embarassing Me.
Photo: Saeed Adyani/Netflix 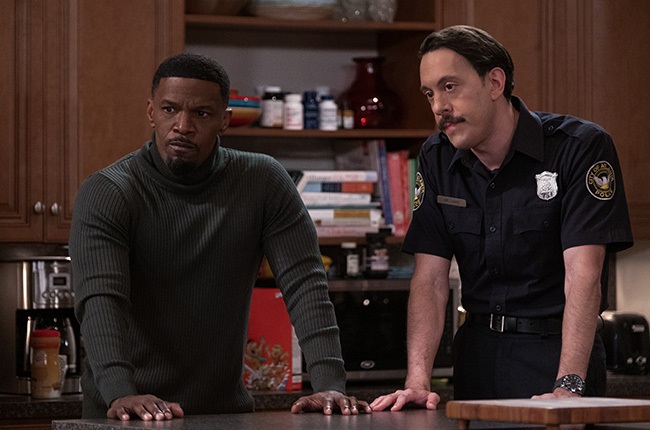 Porscha Coleman as Chelsea.
Photo: Saeed Adyani/Netflix
We live in a world where facts and fiction get blurred
In times of uncertainty you need journalism you can trust. For only R75 per month, you have access to a world of in-depth analyses, investigative journalism, top opinions and a range of features. Journalism strengthens democracy. Invest in the future today.
Subscribe to News24
Related Links
Jamie Foxx to star in new Netflix comedy series
Jamie Foxx and Joseph Gordon-Levitt team up for exciting new Netflix blockbuster
Next on Channel24
Your NBA viewing guide for the weekend