PICS | The Kardashians over the years Kim Kardashian, winner of the Best Reality Series/Franchise award for 'Keeping Up with the Kardashians', walks off stage during the 2018 MTV Movie And TV Awards at Barker Hangar on 16 June 2018 in Santa Monica, California.
Photo: Chris Polk/VMN18/Getty Images for MTV

Love them or hate them the Kardashian-Jenners changed the face of television with their reality show.

The family announced on Tuesday that after 14 years, 20 seasons, hundreds of episodes and spin-offs the long-running show is coming to an end.

In the years that the show has been on the air we've seen them go from singlehood to parenthood, through marriages and divorces and all the drama in between.

Take a trip down memory lane with these pictures of the Kardashian-Jenners through the years. Kendall Jenner and Kylie Jenner pose for a photo at the "Keeping Up With the Kardashians" viewing party at Chapter 8 Restaurant on 16 October 2007 in Agoura Hills, California.
Photo: Jeff Vespa/WireImage Kim Kardashian with her mother Kris and sister Kourtney attend a photocall promoting the television series "Keeping Up With the Kardashians" on the fourth day of the 2008 Monte Carlo Television Festival held at Grimaldi Forum on 11 June 2008 in Monte Carlo, Principality of Monaco.
Photo: Pascal Le Segretain/Getty Images The Kardashians pose for a picture as Redbook celebrates first ever family issue with the Kardashians held at The Sunset Tower Hotel on 11 April 11 2011 in West Hollywood, California.
Photo: Toby Canham/Getty Images 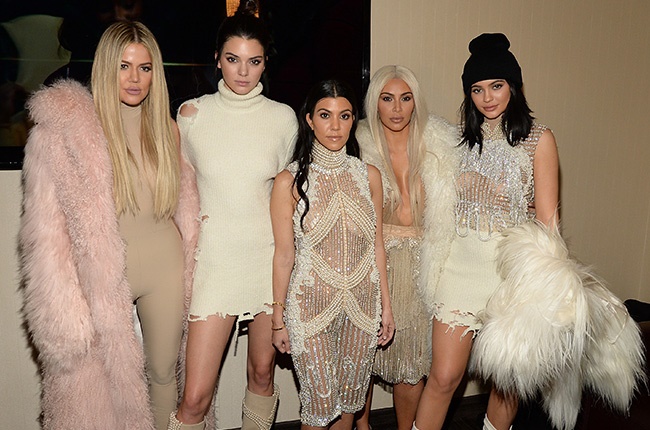 Kim Kardashian, winner of the Best Reality Series/Franchise award for 'Keeping Up with the Kardashians', walks off stage during the 2018 MTV Movie And TV Awards at Barker Hangar on 16 June 2018 in Santa Monica, California.
Photo: Chris Polk/VMN18/Getty Images for MTV Kris Jenner, Kendall Jenner, Kylie Jenner, and KKW Kim Kardashian attends an intimate dinner hosted by The Business of Fashion to celebrate its latest special print edition 'The Age of Influence' at Peachy's/Chinese Tuxedo on 8 May 2018 in New York City.
Photo: Dimitrios Kambouris/Getty Images for The Bu Kris Jenner, Kourtney Kardashian, Khloé Kardashian and Kim Kardashian attend`Kim Kardashian the 2019 E! People's Choice Awards at Barker Hangar on 10 November 2019 in Santa Monica, California.
Photo: Frazer Harrison/Getty Images
We live in a world where facts and fiction get blurred
In times of uncertainty you need journalism you can trust. For only R75 per month, you have access to a world of in-depth analyses, investigative journalism, top opinions and a range of features. Journalism strengthens democracy. Invest in the future today.
Subscribe to News24
Related Links
Keeping Up with the Kardashians final season to air in 2021
WATCH | Keeping Up with the Kardashians during quarantine
Kourtney Kardashian says she feels 'free' after leaving 'toxic' KUWTK
Next on Channel24
We chat about the return of My Kitchen Rules SA over ramen with David Higgs and J'Something!