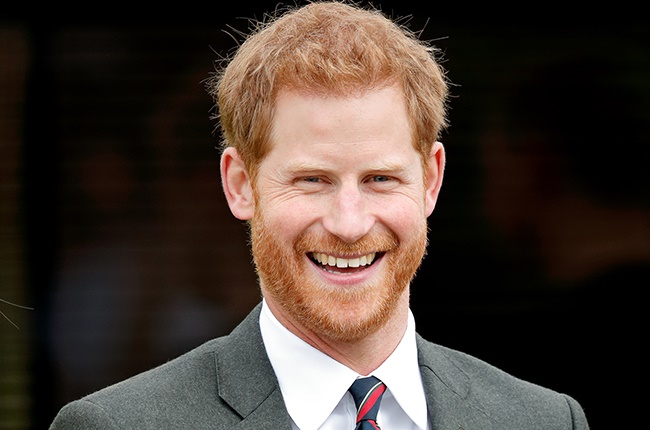 Prince Harry made a surprise appearance on the latest episode of BBC's Strictly Come Dancing.

The Duke of Sussex video called JJ Chalmers - a contestant on the show - during a training session with his partner, Amy Dowden.

Harry was all smiles during the 1-minute call as he praised and cheered his friend for participating in the dance competition show.

People reports that JJ suffered major injuries to his arms, face, and legs in a bomb blast in Afghanistan in 2011 while serving with the elite Royal Marines.

In 2014 he volunteered for the Invictus Games and became the captain of the cycling team where he won a gold medal. According to E! News, the 33-year-old is also an ambassador for the event.

"When I first met JJ, he was a shell of himself, but then to see you shine through Invictus and feel like yourself again, that was the start of an amazing journey.

"I'm so genuinely proud. You're not a dancer, proving that you can do anything you put your mind to, which is amazing, said Harry.

JJ then reflected how the Invictus Games had changed his life. Speaking to the camera, he said: "The simple fact is, if Prince Harry had not created the Invictus Games I would not have had that catalyst moment that changed my life forever. I wouldn't be here without him."

A source close to the prince told E! News that Harry was happy to support his friend and fellow veteran.

"The Duke is immensely proud of JJ for both his service and how he's persevered through his injury to take on his next big challenge.

"The Duke and JJ first met at the first Invictus Games that Harry created in 2014, when JJ competed for the British team. They have become close friends since then, with JJ and his wife attending The Duke and Duchess's wedding. They continue to work together on Invictus and other military projects."

We live in a world where facts and fiction get blurred
In times of uncertainty you need journalism you can trust. For 14 free days, you can have access to a world of in-depth analyses, investigative journalism, top opinions and a range of features. Journalism strengthens democracy. Invest in the future today. Thereafter you will be billed R75 per month. You can cancel anytime and if you cancel within 14 days you won't be billed.
Subscribe to News24
Related Links
Prince Harry to take part in comedy event alongside Tiffany Haddish and Jon Stewart
Prince Harry says he learnt what unconscious bias was after stepping into Meghan's shoes
Prince Harry and Meghan Markle launch website for new foundation Archewell
Next on Life
'Am I anticipating drama? One hundred percent!' See the trailer for Love is Blind After the Altar 3