If you're a lover of true-crime series, you'll know exactly who Nancy Grace is. The renowned legal analyst pops up everywhere, giving her insight on high-profile homicides. She's so closely linked to these cases that she was even the inspiration for the character of cable news host Ellen Abbott in the movie Gone Girl.

There's a reason her opinion is so widely sought – she's probably one of the most experienced legal analysts in the US, having once been a prosecutor in a local district attorney's office in Atlanta, Georgia.

But Nancy's penchant for true crime has a disturbing back story. Her fiancé, Keith Griffin, was murdered by a fellow co-worker when she was 19, just months before they were due to marry. At the time, Nancy's plan was to become a literature professor, but so affected was she by the event that she made it her life's goal to get justice for victims of crime and switched to a law degree. 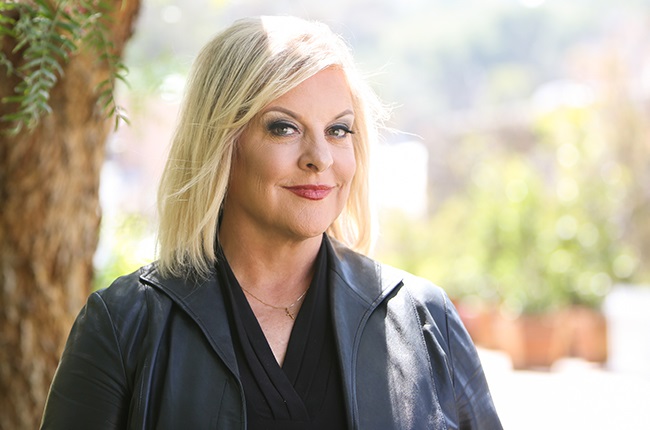 Her time as an attorney was successful, and Nancy later told Larry King Live that she prosecuted violent felony crimes in more than 100 jury trials and never once heard the words "not guilty".

"Standing up for the victim" is one of Nancy's key phrases, and she's always firmly on the side of whoever she feels has suffered any form of injustice.

Nancy's prowess as a litigator did not go unnoticed, and in 1996, she was offered the position of co-host on Court TV with Johnnie Cochran (the lawyer who got OJ Simpson acquitted). It was a position she was to hold for the next 20 years, using her wit, strong personality and legal know-how to cover some of the most controversial cases. These included the kidnapping of Elizabeth Smart, the murder trial of Casey Anthony and the Duke lacrosse rape case. She also started hosting her own show on which she became known for speaking her mind – even when it sometimes gets her into trouble.

Now, you can see her in Injustice With Nancy Grace on CBS Justice (DStv 170). Through new interviews and archival footage, she unravels some mysterious, true crime cases that all feature some type of injustice, from wrongful accusations to botched investigations.

"When you've seen so much murder up close, as I have, you think there's nothing left that can surprise you," Nancy has said, and yet, somehow, in this series, there is. One of the cases is extremely close to home: it's the murder of the wife of high-profile defence attorney David Horowitz, one of Nancy's best friends. Although the killer is eventually caught, changes in the law look like he might actually walk free – and Nancy is not happy.