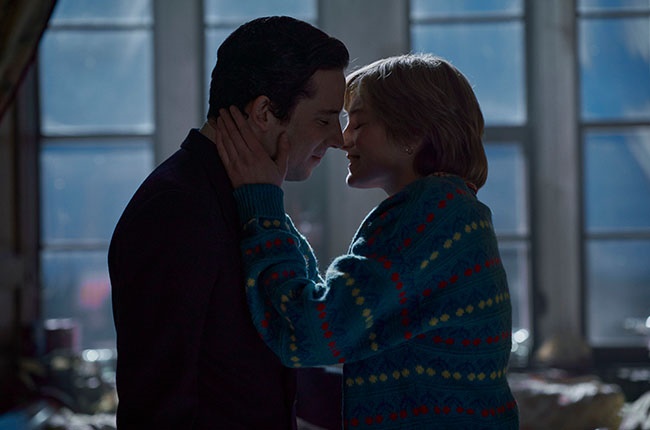 Many have slammed The Crown for its portrayal of Prince Charles and Princess Diana's troubled marriage.

From Diana's brother, Charles Spencer, to the palace, those close to the royals have said much of the fourth season of the hit Netflix series is false, with royal biographer Penny Junor saying she imagines Charles will be "incredibly upset" by it.

Now, speaking to True Royalty TV's The Royal Beat, Dickie Arbiter, who once worked as the queen's press secretary, says despite the portrayal of their marriage in the show, at the start Charles and Diana "couldn't keep their hands off each other".

"There was genuine love and happiness there," he says, per MailOnline.

Speaking of his time following the newly married Prince and Princess of Wales on their 1983 tour of Australia he says: "Charles used to pat her bum regularly. There were times when he would even squeeze it, even in Australia."

The 80-year-old also took issue with the series' portrayal of the queen, whom he worked closely with for over a decade.

"Olivia Coleman, as the queen, is not the queen I know. She comes across as po-faced and cold.

"The queen does have motherly instincts," he explains. "She was as concerned as any mother when Prince Andrew was going off to the Falklands."

We live in a world where facts and fiction get blurred
In times of uncertainty you need journalism you can trust. For 14 free days, you can have access to a world of in-depth analyses, investigative journalism, top opinions and a range of features. Journalism strengthens democracy. Invest in the future today. Thereafter you will be billed R75 per month. You can cancel anytime and if you cancel within 14 days you won't be billed.
Subscribe to News24
Related Links
Top 10 facts The Crown season 4 got right and wrong
Army major's widow slams The Crown for including private tragedy in which husband died
Next on Channel24
Issa Rae teases new 'must-see fun show' Rap Sh!t