The inside secrets of Comedy Central's Roast of Khanyi Mbau 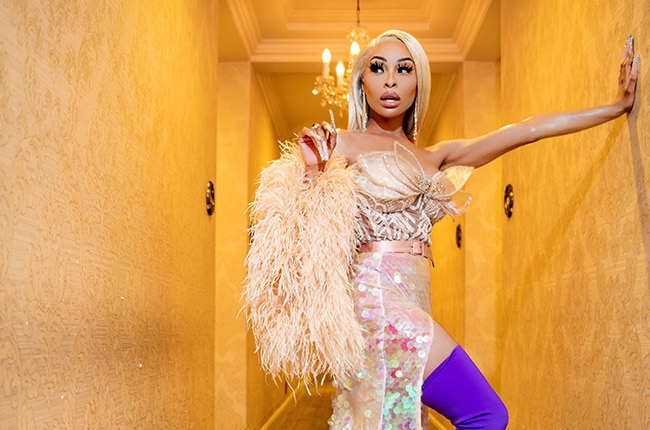 On Monday night, DStv subscribers will be able to tune into the latest Comedy Central Roast, this time with Khanyi Mbau as the first black African woman to be roasted.

The Comedy Central Roast of Khanyi Mbau, recorded last month at the Teatro at Montecasino in Fourways in Johannesburg, will air on Comedy Central (DStv 122) on Monday night, 8 August at 21:00. The uncensored and uncut version will be released on Showmax on 15 August.

As to why Paramount Africa decided to bring back the Comedy Central Roast Africa for another edition in 2022, Dillon Khan, video president of Comedy Central, Nickelodeon, VIS and Creative Service Africa at Paramount Africa, tells Channel24 that after the Covid 19-pandemic "Mzansi needed to laugh".

"We know that the Roast is such a popular format, and it was great timing to do the Roast to make everybody laugh again."

On how Paramount Africa views so-called "cancel culture", Khan says, "I think that what the Roast is, is an acceptable format in so far as being able to poke fun; being able to make jokes.

"I think the format and context is so, so important. I think people understand the context of the Roast is really about roasting ones you love. It's never done from a mean place. It's never done with vitriol. It's always done with a view of celebrating people but in a fun and jovial way".

There will always be a respect element that's attached to it. There are some jokes that were written into the scripts that were taken out because we felt that it went beyond a line.

'We want to push boundaries'

"I think that we want to push boundaries with the Roast. That's what the format is, and that's why people take part in it and put themselves forward – they go in fully eyes-open as to what the Roast is. It's not a brand-new format. People know what it is, and they put themselves forward to do it in the spirit of knowing that it's about celebrating rather than coming from a mean place of pulling someone down."

"This year was one of our most diverse and inclusive panel make-ups. We have a wide group of people in the writing room; we had a lot of people giving input in the script to ensure that it was fit for purpose."

About what he's learnt from the African audience and their response to something like a Comedy Central Roast and how the African version has changed over the past couple of years, Khan says, "it's about evolving the teams who work on it". Khanyi Mbau strikes a pose on the carpet.
Photo supplied

"The teams working on it behind-the-scenes – your writing team, the agency and creatives that we used to put the creative together, the tagline of 'Triggered? Good' came from the agency that we work with. The lead creator was female, the head strategist was female, so it's really good to try to have as many different voices and different people to work on a project because they will always safeguard any blindspots that you may have."

"If you just go with – for argument's sake – only a handful of men, or just a handful of men and women, do you have LGBTQ+ representation? Do you have diversity in race baked into teams? You can try and safeguard yourself and ensure that you are true to as wide an audience as possible."

"I think being able to look at those and where you've misstepped and being able to put your hand up and say 'Mea culpa' and this was a mistake, and we are rectifying it – nobody in the world has not made a mistake. If you take the approach of doing the groundwork beforehand, you minimise any blindspots."

Khan says what surprised him about the live event held and recorded at the Teatro was "that we were sold out a week in advance".

"That gave us an indication that people were very desperate for the format to come back – for a night out to enjoy themselves without how it was during Covid with wearing masks and one-and-a-half metres of distance. This was like the 'good old days' of being in the Teatro, people mingling, coming with their friends, dressing up and coming for a night out and being entertained with a premium level of comedy".

"I think this will be the most successful Comedy Central Roast that we've had on Comedy Central and Showmax – just seeing everybody so excited and staying until late."

"We started slightly late due to some technical issues, but when we did get going, everyone stayed committed to the show all the way through to the end, which was around one o'clock in the morning. The panellists kept the energy in the room all night long".

Khan reveals that neither Mbau nor any panellists requested "outs" or any subjects about them or their personal lives being made off limits.

"Then it's not a Roast; then it's something different. Nothing held the writing team back or was not true to the format."

"One person turned up horrendously late. Didn't get a chance to rehearse on the stage – but did an amazing job when we went live."

The Comedy Central Roast of Khanyi Mbau airs Monday, 8 August at 21:00 on Comedy Central (DStv 122). An an uncensored version will be released on Showmax on 15 August.