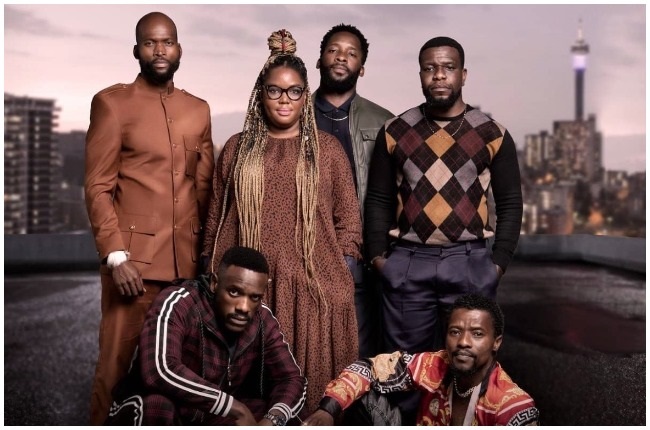 Dudu Busani-Dube with the cast of The Wife.
Supplied

Showmax's The Wife has broken the streaming record for the most first-day views of all-time of the platform, beating the record previously set by Uthando Lodumo, a press statement revealed on Monday.

The show, which is the first Showmax Original telenovela, also broke Devildorp's record for the most hours watched within four days of launch, "outperforming the launch of any film or series on Showmax ever, including the likes of Game of Thrones, The Real Housewives of Durban and The River."

The 40-episode first season of The Wife, inspired by Dudu Busani-Dube's best-seller, Hlomu the Wife, tells the story of a young journalist who falls in love with a taxi driver, "not realising that when you marry a man, you marry his secrets."

The first three episodes of the show premiered on Showmax on Thursday, 11 November.