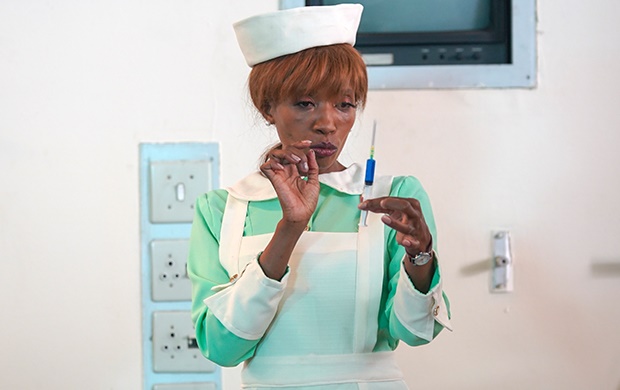 Cape Town – The trailer for the fifth season of the Safta-winning prison drama Lockdown is out.

Notorious for its cliffhangers, plot twists and emotional rollercoasters, Lockdown takes viewers into the daily battle for survival in the cells and offices of Thabazimbi Women's Correctional Facility.

The new season will premiere on Showmax on 30 January with two episodes being released every Thursday.

As Season 5 picks up, Masebata's cult is no longer in power. Arch-rivals Mazet (Dawn Thandeka King) and Tyson (Lorcia Cooper are running the prison yard together, for now.

Governor Deborah Banda (Pamela Nomvete) is under pressure from the Department of Correctional Services, after one death too many at the prison. And Monde (Zola Nombona) is trying to make things right with Vicky (Lauren Jenae).

The actress plays Palesa, the head nurse at Kgotsong Asylum, a key location this season, where Monde's sister, Katlego (Natasha Thahane), has been transferred.

Speaking about her character, Sophie says: "Palesa's a broken woman who's been through it all. She's so broken she will do anything to feel better, even if it's not right."

We live in a world where facts and fiction get blurred
In times of uncertainty you need journalism you can trust. For only R75 per month, you have access to a world of in-depth analyses, investigative journalism, top opinions and a range of features. Journalism strengthens democracy. Invest in the future today.
Subscribe to News24
Related Links
Sophie Lichaba on her new 'Lockdown' role and how she felt about that death hoax
'Lockdown' moves to Showmax with Sophie Ndaba joining the cast
'Lockdown’s' Nthati Moshesh on her hard times: 'I was broke and living on handouts'
Next on Channel24
Devilsdorp breaks viewing record as Showmax launches spin-off podcast series