Showmax has released the first trailer for the original horror series Pulse, picked by The Hollywood Reporter as one of the 25 buzziest series at this year's MIPTV, a leading global TV market in Cannes, France.

Shot in South Africa and Mauritius, Pulse is about an international group of game creators who discover that survival is no longer just a game when an electromagnetic pulse bomb fries every electrical circuit in their office high-rise - and people's heads.

"Pulse is unique in so many ways," says Safta winner Tarryn Wyngaard (DAM). She plays Jaz, creator of a hit indie game that's getting a mainstream reboot, for better or worse. "Stephen Clarke's scripts were so incredibly out of this world and like nothing I've ever read before."

Safta winner Thapelo Mokoena (Trackers) is playing against type as her ex, the reboot's narcissistic producer.

"There isn't anything like this show," he says. "No offence to every other amazing series I've made, but Pulse is really one of the most, if not the most, amazing project I've ever made in my 20-year career."

Speaking about his move into horror, Sallas says, "On the surface, it looks like a big shift, but for my period films, we created worlds that don't exist anymore, so this didn't feel that different," says Sallas.

"My films have always been about the emotional survival of my characters, and with Pulse, I've focused on making everyone feel like real people, not just mechanisms to get to the next gory thing."

"It starts out as a very relatable office block, with everyone working late," says Sallas. "We want the audience to feel like, 'This can happen to me.'" 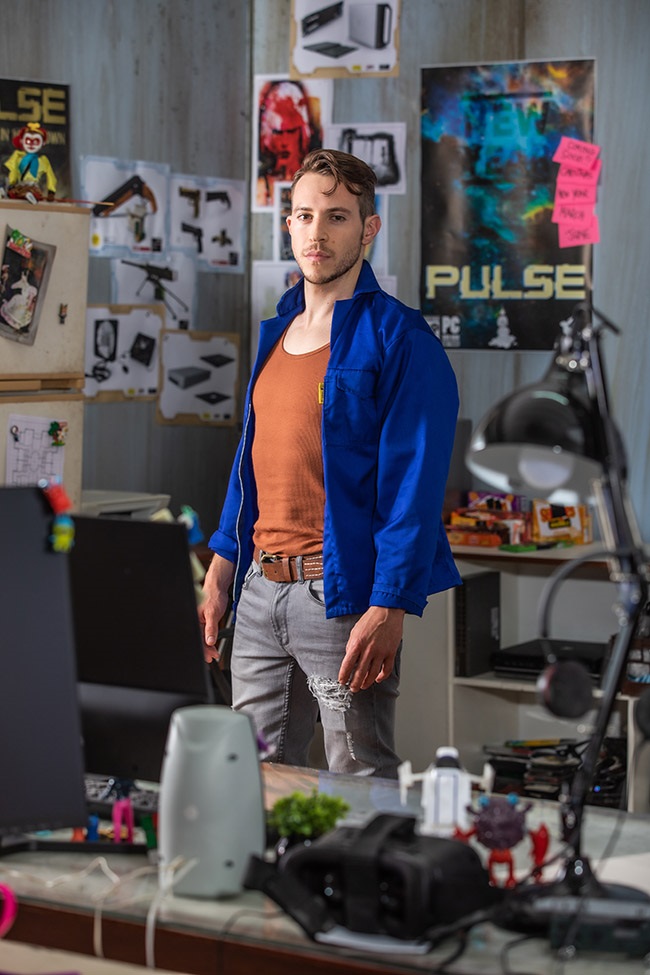 In many instances, the fear you see on screen is real. "We'd be filming something, crawling through vents, and they wouldn't tell me, but they'd put the camera on me, and they'd do a bang or explosion, and I'd get an actual fright," says Tarryn.

"It would take a while to calm down afterwards. There were a lot of pranks on set; it got quite funny behind the scenes with how people tried to spook each other. That was a definite highlight."

Pulse is the latest in a string of internationally acclaimed horrors emerging from South Africa, like the multi-award-winning Fried Barry and Gaia and the critically acclaimed Glasshouse.

"Given the circumstances we all find ourselves in with Covid, I think there is general fear and anxiety," says Sven.

Horror films give you the opportunity to really let go and release a little bit of that anxiety in company, where it's deemed okay. When you watch horror, you almost have an excuse to let that go; there is a form of catharsis there.

We live in a world where facts and fiction get blurred
In times of uncertainty you need journalism you can trust. For 14 free days, you can have access to a world of in-depth analyses, investigative journalism, top opinions and a range of features. Journalism strengthens democracy. Invest in the future today. Thereafter you will be billed R75 per month. You can cancel anytime and if you cancel within 14 days you won't be billed.
Subscribe to News24
Next on Channel24
'SABC3 needs to survive': Channel boss on courting millennials, a new Top Billing and The Masked Singer SA