WWE's The Big Show has a new comedy sitcom on Netflix 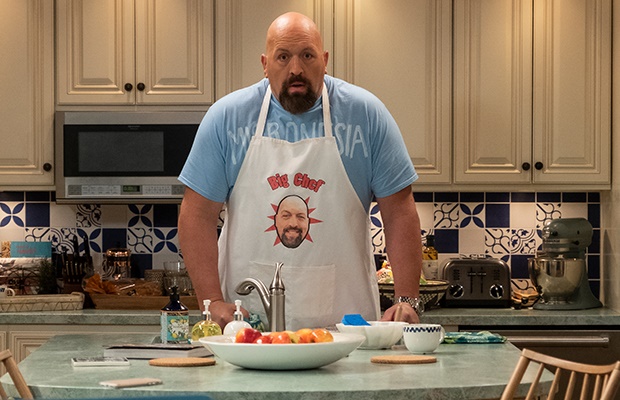 From the wrestling ring to the TV screen, WWE's 'The Big Show' now has his own show on Netflix.

The streaming service's latest sitcom stars wrestler Paul Wight, aka the Big Show, as a fictional character of himself.

SO, WHAT IS IT ALL ABOUT?

When the teenage daughter of The Big Show, a retired world-famous WWE Superstar comes to live with him, his wife and two other daughters, he quickly becomes outnumbered and outsmarted.

Despite being 7 feet tall and weighing 400 pounds, he is no longer the center of attention.

And no, Netflix doesn't feature Big Show's real family in the sitcom. His family on the show is fictional.

We live in a world where facts and fiction get blurred
In times of uncertainty you need journalism you can trust. For only R75 per month, you have access to a world of in-depth analyses, investigative journalism, top opinions and a range of features. Journalism strengthens democracy. Invest in the future today.
Subscribe to News24
Related Links
WATCH: 10 fun facts we learned from Netflix's '100 Humans'
Vinolia 'V-Mash' Mashego, 56, dies
Pandemic: How to Prevent an Outbreak
Next on Channel24
Kathryn Hahn to play Joan Rivers in new series