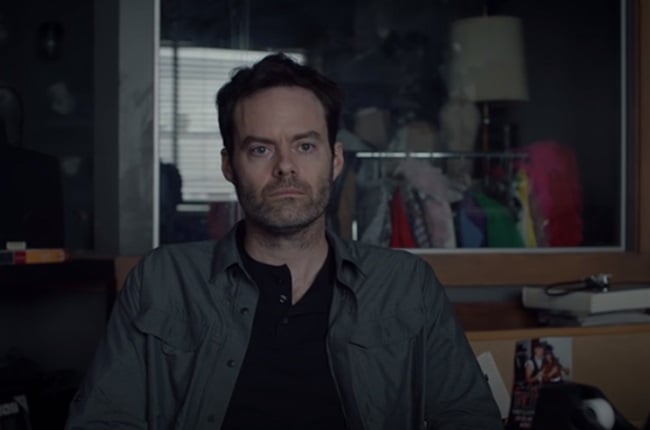 Warning: Spoilers for the first two seasons of Barry ahead. If you haven't seen any of Barry yet, please do. It's brilliant.

After the shocking events of the season 2 finale, Barry Berkman's (Bill Hader) attempts to leave behind his past as a ruthless assassin for a life on the stage seems to lie in ruins. But is it really too late for him to finally find some sort of redemption, or will he drag his friends, acquaintances, and enemies down with him into the darkness?

I have a rather strange history with Barry. I watched the first season when it came out, and though I thought it was rather good, I had little desire to carry on with it. After a few months of watching YouTube clips of the absurdly talented and supremely likeable Bill Hader, however, I wondered if I was missing something and started the whole series from scratch, just in time for the arrival of its eagerly anticipated third season. This, as it turns out, was easily one of my better ideas because not only did I appreciate the first season more (it was, if nothing else, much funnier than I remembered it being), I put myself in a far better space to appreciate the sheer, unadulterated genius of the next two seasons.

Season 2 also ended with a serious jaw-dropper of a finale that saw all that Barry Berkman had built for himself over the past two seasons crumble to dust. His former handler, Fuches (Stephen Root), revealed Barry's worst secret to his mentor and acting coach, Gene Cousineau (Henry Winkler): that Barry was the man who killed Gene's girlfriend, Detective Janice Moss, after she discovered his criminal past.

All of Barry's barely suppressed rage violently erupted at that moment, and he went on a ruthless killing spree. Barry was no longer the damaged man on a quest for redemption that we had been following for the past couple of years but a vengeful force of nature that indiscriminately destroyed everything in its path.

The third season of Barry picks up a few months after these shocking events, and almost all of the main cast are in very different places from when we last saw them. Sally Reed (Sarah Goldberg) is living her dream as the showrunner of her very own TV show, blissfully unaware that her boyfriend has returned to his murderous ways – or that he's anything other than a struggling actor. Noho Hank (Anthony Carrigan) is happily living with his boyfriend and fellow reluctant crime boss, Cristobal (Michael Irby), and running a smaller, more relaxed version of his criminal empire. But his association with the man who single-handedly wiped out almost his entire crew puts a large target on his back by the higher-ups in his crime family - and Cristobal's. Fuches, meanwhile, has had to go completely off the grid after effectively turning his greatest weapon against himself. As for poor distraught Gene, his attempts to move on with his life are hampered by a burning need for vengeance against the one man he really should not be trying to seek vengeance against.

Barry himself is, needless to say, in a supremely bad space. His humanity has all but completely shut down, and he sleepwalks through his relationship with Sally, his stalled acting career, and the hit jobs that he receives through what is basically an assassin's Craigslist. Even just his appearance is a remarkable change from the past two seasons, with his clean-shaven, almost innocent look replaced with ever-present stubble and deadened eyes. Despite appearances to the contrary, Barry Berkman is actually not a psychopath, though, and this still very funny but far darker season of Barry deals with the question of whether Barry's humanity has truly gone for good. Even if it isn't, is it still far too late for any sort of redemption and far too late for those whom he genuinely came to care about to escape his destructive orbit?

If this all sounds very, very, very bleak, well, it kind of is. It's dark stuff. It's so dark that most fans and critics question whether the show can even be called a comedy anymore. It's a fair question, but it doesn't really matter. It has always defied easy categorisation, but Barry is still fundamentally what it has always been: a deep character study that uses violence, comedy, absurdism, high-drama, and all the twists and turns of the best thrillers to achieve its ends. Besides, if it isn't a comedy, it has absolutely no business being this damn funny.

Also, for all of its undeniable darkness, I still resolutely refuse to believe that the show is anywhere near as nihilistic as it first appears to be, even when Barry himself is at his worst. Indeed, though Barry himself is responsible for great evil and has done some truly horrific things that he really should be punished for – and I believe ultimately will be – the question of whether Barry is a "bad person" is as open as ever. It's a question that was asked frequently last season, and the final episode seemed to suggest a pretty definitive answer, but the most profoundly hopeful thing about season 3 may just be that some measure of redemption may still be open to Barry; that he may finally be able to confront the awful things he has done and perhaps even bring some measure of peace to those he's hurt.

And, again, no matter how shockingly dark it gets, you're still guaranteed at least a handful of truly laugh-out-loud moments in each episode. As always, though, while Barry is a dark show with plenty of comedy, it hardly relies purely on dark humour, and plenty of its humour still comes from more "wholesome" sources. Not least from Noho Hank being the sweetest, most unlikely crime boss in the world (Carrigan continues to be a total delight in the role and almost steals the show from a terrifically talented cast) or from the ever-wonderful Henry Winkler's ability to deliver some brilliant one-liners even in his character's most melancholy moments. Similarly, Sarah Goldberg remains absolutely brilliant at making her character a sweet, oblivious ditz on the one hand and a highly ambitious, fiercely intelligent and sometimes cruelly callous diva on the other. And boy, does she get put through the wringer this season.

With a supporting cast this brilliant, a great many shows would suffer by having the lead struggling to live up to them, but all due respect to everyone else involved in Barry, including co-creator Alec Berg, it has never belonged more to Bill Hader than it does in season 3.

Hader once again proves that his uncanny ability with impressions in his SNL days and his constant scene-stealing supporting turns in any comedy film he showed up in were only a small part of his frankly unreasonable assortment of talents. He's an exceptional dramatic actor, imbuing Barry with a seemingly endless amount of depth. He pushes himself even further here as the audience sympathises with someone who is, after all, a cold-blooded murderer, pushed to a breaking point. He also wrote the majority of the episodes with Alec Berg and directed a whopping five out of the eight episodes of the season, and is directing the entirety of season 4! And at this point, it's really hard to decide whether he's a better writer, director or performer, but suffice it to say, he's really exceptionally, enviably good at all three.

I absolutely loved Ted Lasso Season 2, but I have to ask: how on earth did Hader and Barry not walk away with a single Emmy this year? Season 3 isn't quite up to the peerless season 2, it's true - not much is -  but this is peak TV at its peakiest.

Cobra Kai is available to stream on Showmax.