Charlie Brooker’s Black Mirror is back with a bang. This time we only get three episodes, but they are three long (they’re each over 60 minutes), intense episodes that anyone who has ever been a fan of the show will enjoy and will have you thinking about them for days afterwards.

I don’t recommend bingeing these one after the other as Black Mirror episodes play with your mind and have you processing things for days afterwards, but if you’re brave, go ahead. It’ll be an interesting few hours for you.

The overarching theme of this series seems to be loneliness and grief. Various characters in each episode seem to be rather lonely and feel isolated or trapped, so they go to different lengths to try and change what is happening around them. These aren’t necessarily good things, but they’re human things. Brooker has always been good at giving his characters depth and meaning and also making the viewer truly immerse themselves in each world.

You can watch these in any order, as each episode is a new story, but I’ll be telling you about the episodes as they appear on Netflix.

Danny lives with his wife Theo and son Tyler. The episode shows what their life was like before Danny and Theo were married, and they roleplayed not knowing each other in a club, which got Theo “hot as fuck. This is an interesting bit of foreshadowing, and quite clever of the showrunners to include. Eventually, we’re also introduced to Karl, Danny’s best friend and his and Theo’s roommate. They play a game together called Striking Vipers.

Cut to 11 years later, Danny and Theo are married and have a son. They are trying to have another baby. It’s Danny’s 39th birthday, and Karl shows up at the party, and it is discussed that the two best friends have become estranged. Karl brings Danny a gift – the latest release of Striking Vipers and a virtual reality module that is a lot like the technology we’ve seen in previous episodes like Crocodile and The Entire History Of You.

That night, the two old friends play a round of the game, which feels extremely real as they both feel each other’s hits and combos. Then things get interesting.

I won’t spoil, but I think this episode was terrific. It explores relationships in a completely new way, even for Black Mirror, and the fact that all these characters are black also adds an extra level to all of it. It takes a whole new look at masculinity, friendships, love, alternative lifestyles, roleplaying and infidelity.

The ending was also quite satisfying for me. This one will have you paying a lot more attention to your next Uber trip. Chris is a rideshare driver and picks up customers outside a building that houses the London office of the social media app Smithereen, which is like a combination of Facebook and Twitter. One day he takes one of their employees hostage, and it becomes an international crisis and a viral media sensation as they try to talk Chris into letting the employee go.

This one is rather intense and will keep you on the edge of your seat for most of it. It is highly emotional. This one messed with my head. The ending… I have no words. All I can say is that this is probably one of the best episodes of Black Mirror I have seen. It’s right up there for me with San Junipero, Hang the DJ and White Christmas. You might need a stiff drink after though. Don’t say I didn’t warn you. 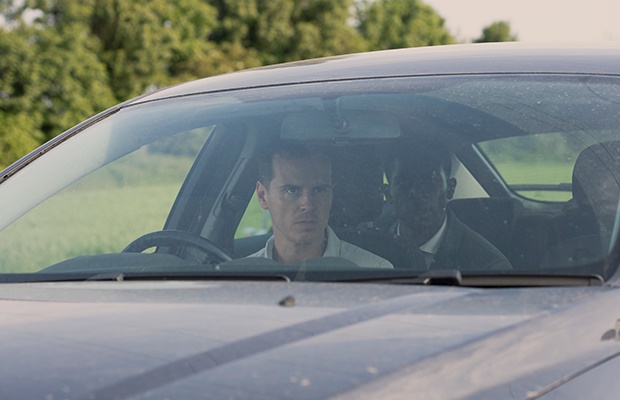 Rachel, Jack and Ashley Too

Miley Cyrus is impressive in this episode. It tells the story of Ashley O, a pop star who spreads a message of encouragement and empowerment in her music which has just launched a new “doll” which can speak to her fans and be their friend as it has her personality. Rachel is a sad 15-year-old girl who lives with her older sister, Jack, and her dad, Kevin. Rachel is sad and lonely after moving to a new school where she has no friends and is miserable.

The Ashely Too doll comes into Rachel’s life, and she finally feels like she has a friend, but is it as innocent as it seems? Cyrus plays her part well, and I think that’s also because it’s very similar to her own story when she went from sweet Hannah Montana Disney starlet to twerking on Robin Thicke at the VMAs. I don’t think her personal story was as messed up as the one in the episode though, but I do believe she managed to play this role so well because she could relate to it so much.

We get a glimpse of what it must be like to not be your authentic self in the name of fame and money, while also seeing how that fame affects a young fan and how quickly she learns that maybe her favourite pop star is not who she thinks she is.

I liked this episode, it was fun, even though it felt a little bit like it wasn’t Black Mirror enough. I do think the writers went with an old version of what teenagers are believed to be, but then I thought about it and wondered if this was on purpose because it seems exactly how a Disney or Lifetime movie would treat these characters and portray how teenagers supposedly are and interact with each other. The more I think about it, the more I think this is what Brooker and his team were going for, which is very smart and adds a whole new layer to it.

In a nutshell, I think this series of Black Mirror will fascinate new viewers as well as those who have consumed the show religiously.

The writers never fail to keep things fresh, even with a theme like tech-paranoia (I mean I seriously would have thought it would have been done to death by now), and deliver great stories every time.

Binge with caution… and comfort food.