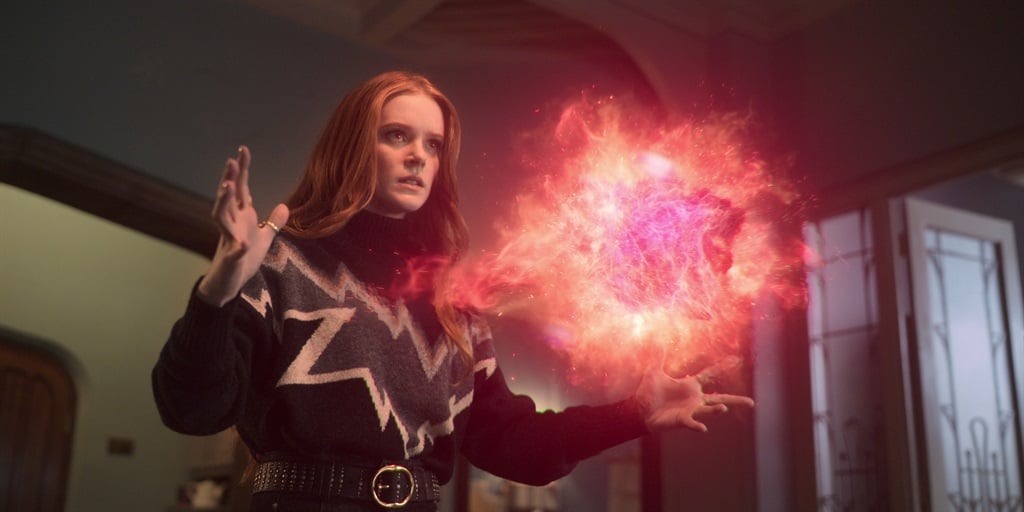 Fate: The Winx Saga follows the coming-of-age journey of six fairies attending Alfea, a magical boarding school in the Otherworld, where they must learn to master their powers while navigating love, rivalries, and the monsters that threaten their very existence

School's back in session under the militant authority of Alfea's former Headmistress Rosalind. With the Burned Ones gone, Dowling "disappeared," and Silva imprisoned for treason, the Alfea of last year has grown up with new magic, new romances and new faces. But when fairies start to go missing in the night, Bloom and her Suitemates discover a dangerous threat lurking in the shadows. One they'll have to stop before it wreaks havoc on the entire Otherworld.

Teenage drama, fairy magic and sinister plots - if you liked the first season of the controversial Fate: The Winx Saga, you can expect more of the same in the second season. However, the story's pace and character developments are more scattered and incoherent, with many shoehorned fixes to make up for some of the whitewashing backlashes the show faced when it was first released last year. While I enjoyed the first one to some extent for its teenage melodrama and mystery, the second season has lost some of that lustre with worse writing and out-of-place storylines. Many underestimate the art of natural progression in TV shows and their characters, and Fate season 2 is an example of when this goes terribly wrong.

If you're a bit fuzzy on the details of the first season, the most important bit is to know that Alfea - the elite school for faeries and specialists - has been taken over by its old headmistress Roselind, released from stasis by a regretful Bloom in her quest to find answers about her origins. The old regime is either dead or imprisoned, and our dragon flame fairy and her friends are trying to find out what Roselind is up to while a potential war is brewing.

Last season the show faced backlash for white Terra, seen as a replacement for the original Latina Flora, while Musa, originally coded as East-Asian, is also played by a white actor. In an obvious attempt to right their wrongs, Flora has been introduced as Terra's second cousin - a bubbly and caring addition who is quite likeable - and Grey, a new love interest for the calculated Ayesha and also of Chinese descent. This would have been all well and good if they didn't start changing Terra's magic almost instantly to 'mineral magic' and give her a forced coming-out moment. In a school with an official throuple and many other openly LGBTQ students without anyone batting an eye, it would have made more sense that Terra just started dating girls without having this very human coming out announcement. Fate has a problem establishing rules and societal norms for the Otherworld and then completely disregarding them for poorly written narratives. I can handle a lot of cheesy drama with my teenage supernatural shows, but at the bare minimum, anything fantasy needs to stick to the mechanics of the world its creators built.

As for the lead actor Abigail Cowen, who plays the confused yet stubborn Bloom, her likeability was slowly dwindling throughout the second season, to a point where I just let out big sighs whenever she was onscreen. Her acting feels checked out and mechanic, except when she's in scenes with her on- and off-screen boyfriend Sky, played ever-so-woodenly by Danny Griffin.

The real power couple of this season was Stella and Beatrix, played by two great actors that deserve to be in better shows than this. Their budding friendship had more spicy chemistry than any of the other romantic couples. As Stella, Hannah van der Westhuysen had the juiciest performances, a believable character arc and that extra sauce much-needed in teenage dramas. She and Sadie Soverall twirled bad writing into meaty dialogue, and if the third season could be just the two of them, I would be stanning my queens hard. As for the rest of the Winx crew, the actors gave us pretty much the same as last time, reading their lines and getting paid.

Then there's the slightly improved visual effects resulting from a bigger budget from their Netflix overlords. The Scrapers - villainous little buggers that I'll keep spoiler-free - have some good creature design, and apparently took all the budget that should have gone into the final group transformation, which was subpar at best. I am not sure if they wanted it to look realistic or more true to the original cartoon, but they eventually got stuck in a warped in-between that looked awful visually. They should have picked a course and stuck with it rather than bring down the climax with overworked and poorly directed visual effects.

Fate's second season was overall a disappointment, and the bar was already not that high. You might be enticed to stick around for the general plot, where it continues on the dark tones of the first season's brutal end, and it suddenly gets really interesting just as the last episode ends. I would be surprised if there's a third season, but maybe it's best just to leave this show for the teenagers to enjoy as shipping fodder.

Fate: The Winx Saga is available to stream on Netflix