Love is Blind: After the Altar 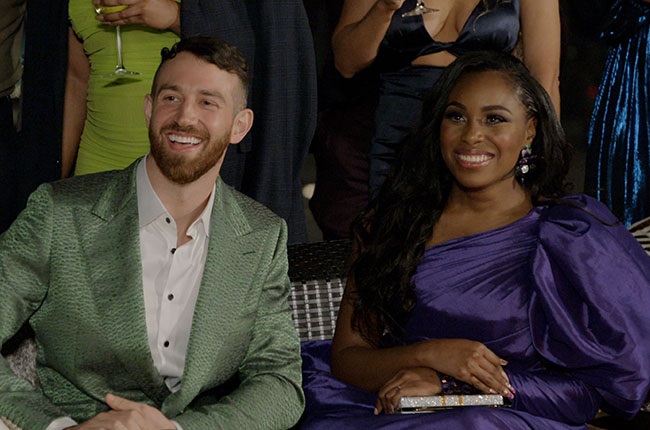 Cameron and Lauren in Love is Blind: After the Altar.
Photo: Netflix

Love is Blind: After the Altar

The Season 1 cast of Love is Blind is back for an anniversary party you won't want to miss. When it comes to love, the experiment never ends.

Netflix deserves a round of applause; when it comes to the reality dating show genre, the streaming service sets the bar high in producing addictive shows.

A year ago, they debuted the dating experiment Love is Blind, in which singles signed up for an unconventional approach to dating. Without ever seeing each other, contestants went on a series of dates, each in different pods. They only met each other after they got engaged.

When I first started watching the first season, my reaction was, 'What in the...?' By the end of the season, I was a firm believer in the process.

A year later for us, but two years for the contestants, Netflix brings us a follow-up. In a special three-episode series Love is Blind: After the Altar, we catch up with the two married couples who celebrate their two-year anniversary, and the other participants who are either still single, dating or engaged and others who are still figuring it out, or still hella angry.

When I tell you that I never knew that I needed this special in my life, I am not exaggerating; I had to hold myself back from watching all of them in one sitting because it was a school night. This might sound cliché, but I felt like I was catching up with old friends. I was invested; see Twitter thread:

I missed these two they make me so happy. They really are a shining star. #LoveIsBlindAftertheAltar pic.twitter.com/0hOMLav4OD

In the first episode, we get a peek at what the contestants' lives have been like since the show ended; the other two episodes focus on the anniversary party.

The episodes focus largely on Cameron and Lauren, Amber and Matt, Diamond, Jessica, Lauren Chamblin (LC), and Giannina and Damian.

The biggest plot twist for me in this show was Mark. Remember him. He and Jessica matched up, but she ended up leaving him at the altar. Earlier this year, news broke that he was going to be a dad. Like a storyline straight out of Bold and the Beautiful, he was dating LC when he started seeing his new girlfriend. And that's not all - he gave both of them Covid-19. However, the biggest bombshell is that while they were engaged, Jessica confirmed he was seeing other people (mind blown). I never thought that I would leave this special being Team Jessica; she really had the biggest character growth.

Another big surprise in this season was Damian. In August, he was spotted holding hands with Too Hot To Handle's Francesca Farago. In a crossover event from the Arrowverse, Francesca makes an appearance. We get to learn more about their 'friendship', which understandably ruffles Giannina's feathers when he decides to take her to the anniversary party. I really felt Giannina's pain because two years ago, he said no to her at the altar and to rub salt in a wound that has not healed, he brought another woman to a party.

Moving on to the love triangle that is The Barnetts and Jessica, wow, just wow. After being married for two years, you would think that they would move on and let bygones be bygones, but the way they treated Jessica, who was trying to make amends, was just horrible. In my opinion, it never hurts just to be the bigger person at times; an interaction between Matt and Jessica left a sour taste in my mouth.

The award for this special's MVP goes to Diamond. In the first season, Diamond and Carlton parted ways on the show in one of the season's most dramatic moments. I have to commend her for putting herself out there so bravely and being everyone's cheerleader and supporter. I hope she finds the love she deserves.

And last but not least, the show's golden couple, Cameron and Lauren. I wish that we got to see more of them; whenever they were on screen, I just smiled. It was beautiful to see them with their family and how much they have grown as a couple. I know in the world of reality TV, one always questions if you can find true love on a reality dating show, I like to think they are the real deal.

This catch-up with the pod squad doesn't disappoint. If you are a fan of the first season of Love is Blind, this is a must-watch.

Read more on:
tv reviewtvlove is blind
You've got mail!