On Becoming A God in Central Florida 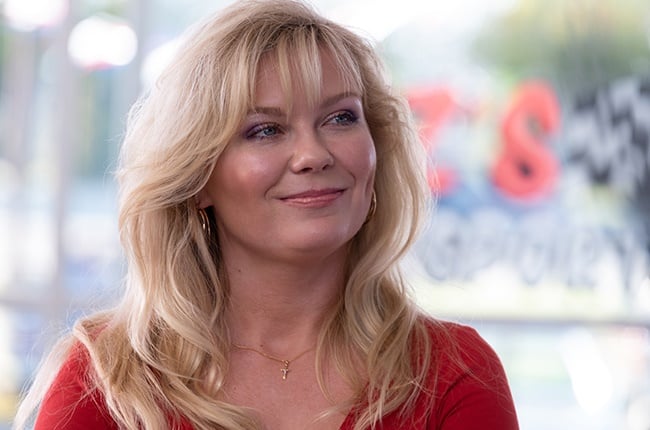 Krystal Stubbs (Kirsten Dunst) is a water park employee in Orlando, Florida who schemes her way up the ladder of a cultish pyramid scheme that ruined her family.

We have all heard a cautionary tale about a relative or friend who was duped by a pyramid scheme and lost everything. This attractive success-making machine has tempted many people across the world and in this compelling series currently on M-Net, we get to see it play out onscreen.

The company at the centre of On Becoming A God in Central Florida is Founders American Merchandise (FAM) and its leader, Obie Garbeau II (Ted Levine), encourages its members to sell his products and to recruit other members. We all know how this goes.

Krystal Stubbs (Kirsten Dunst), however, isn't as easily convinced. Her husband, Travis (Alexander Skarsgård), was a true believer in FAM and the Garbeau method and lived his life by the advice on the tapes Garbeau made. When something happens to separate the couple in the first episode, Krystal is forced to go out on her own and try to fend for herself and her daughter.

There are many ways that the show can traditionally go, but On Becoming A God in Central Florida subverts your expectations so much that you don't know where it is going. When starting the series, I generally thought it would just be a simple route of Krystal scheming to take down FAM, but it is so much more than that. It is an introspective study of the American Dream, and how the need for success or to get rich quick causes people to lose themselves or sacrifice what they love the most.

The series is set in the '90s so thankfully, we don't get to see the FAM members flooding their childhood friends' Instagram DMs with rally invitations and testimonials. But the era seems to go so well with the subject matter of the show. From Krystal's bright clothing to the music choice, to the crazy 90s references, I loved it.

There is no doubt that this was a passion project of Dunst, who has been attached to star since it was conceived, and she is one of the executive producers. She puts her all into this role, though, and she is excellent. Even though her character sometimes makes questionable decisions, you always want to root for her because she plays her with so much grit and determination. You can see why she earned a Golden Globe nomination for this role.

She shines, but she doesn't dim the light of the supporting characters. They just seem to share her glow.

Théodore Pellerin, in particular, as Cody Bonar, is so charming and fun, while still having depth. Cody is Travis' mentor and the one who recruited him to join FAM. His loyalty twists as he becomes enthralled in Krystal's web.

On Becoming A God in Central Florida showed great promise, excellent performances and a unique storyline. However, I thought they could have done more with what they were given, and would have benefited more if they had focused on one single storyline instead of trying to do everything. It is still definitely worth watching if only to see some pyramid scheme bosses get some karma served to them.