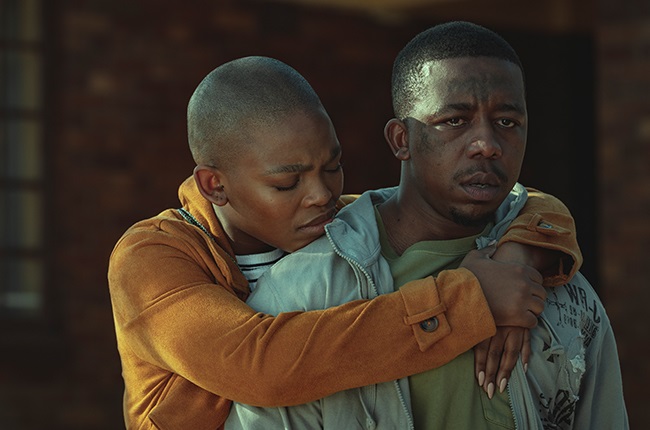 Seeking revenge for her tragic past, a mysterious woman embeds herself in a powerful family who possess a global beauty empire - and dark secrets.

Ever since migrating over to streaming platforms, I can't remember committing to a lekker soapie full of family drama, scandal and theatrics – think Egoli or even Days of our Lives. And, if I'm being honest, shows on streaming platforms such as Netflix very rarely deliver that. Nowadays, most of the content is more about creating characters and storylines that relate to political or societal issues, and there's nothing wrong with that. Still, sometimes I miss escaping to the Place of Gold.

Enter Savage Beauty, the newest African Original on Netflix. This show is the perfect balance between a scandalous family business and all the drama that comes with it and starting thought-provoking conversations about societal topics such as beauty standards in South Africa.

In the first episode, we meet the Bhengu family. Oozing money, luxe and power, the Bhengus are out to promote the newest face of their cosmetic brand. Little do they know that the mysterious woman they have welcomed in with open arms is one of the children that beauty brand magnates Don and Grace Bhengu (played by Nthati Moshesh and Dumisani Mbebe) tested a toxic product on.

This is a show about beauty in all aspects – from the main storyline to the cast, the set and even the music oozes the general classification of beauty. Director Rea Rangaka and executive producer Lebogang Mogashoa's attention to these tiny details translates the very essence of what Savage Beauty is about onscreen. If nothing else does, the visually appealing aesthetic of the show will draw you in.

Rosemary Zimu plays Zinhle, the newest face of Bhengu Beauty. She is strong, independent and very smart. Zinhle's character development, however, is a total rollercoaster. While I enjoyed watching her succeed in taking revenge, a switch midway through the series turned my feeling of wanting her to succeed to not liking her at all. She made me angry because she lost sight of who she was fighting for. It became more about her than it was for her family, and unfortunately, she left people who didn't deserve bad things happening to them in her wake. This is what I loved about the show – that it will evoke those emotions in viewers, and of course, Zimu is a complete natural in the role. She convincingly shows how Zinhle goes from having a well thought out plan to when the wheels come off, leaving her to make rash decisions.

As for the Bhengu's – they are precisely what you would expect from a rich and powerful family with a successful family-run business.

Moshesh and Mbebe have the perfect amount of chemistry to play a husband and wife team who first and foremost care about the empire they have built together. However, aside from Grace's no-nonsense attitude, we also get to see a softer, more emotional side, which I enjoyed. And Moshesh migrates between a powerful woman you'd think twice about crossing and a woman who just wants to be loved by the man she married without fault.

Then there's the eldest sister and daddy's pet, Linda (Nambitha Ben-Mazwi), who will stop at nothing to prove herself to her father even though her own secret seemingly buries that idea very quickly.

Phila, played by Jesse Suntele, is the perfect older brother who thrives on women, money and drugs. However, viewers will be surprised at the man he becomes by the end of the season. What started as thinking he was all ego and no brains turns into thinking he actually has the heart to do the right thing. All I can say about Ndu (Oros Mampofu) is shame. He's the baby, and it is illustrated very well that he is the baby. Guarded against the ugliness of the business but just wanting to be included – every family needs a Ndu.

For me, the absolute standout in the show was Mpho Sebeng as Bonga, Zinhle's brother/partner-in-crime/one of the children also used to test products on. While his script is minor, his presence is vital to Zinhle and how things unfold. While he makes sure things go smoothly behind the scenes of Zinhle's antics, his journey throughout the show really resonates. The passion that Sebeng brings to the character, especially when he comes face-to-face with Kolobe (John Ncamane), the chemist who hurt him but essentially raised him, was captured and delivered with so much raw emotion.

Savage Beauty is full of beautiful people, beautiful scenery and picture-perfect lives. But underneath the surface lies a dark secret that brings drama, scandal, and theatrics and will ignite thought-provoking conversations long after the final episode.

I can only hope there is a season 2.

We live in a world where facts and fiction get blurred
In times of uncertainty you need journalism you can trust. For 14 free days, you can have access to a world of in-depth analyses, investigative journalism, top opinions and a range of features. Journalism strengthens democracy. Invest in the future today. Thereafter you will be billed R75 per month. You can cancel anytime and if you cancel within 14 days you won't be billed.
Subscribe to News24
Next on Channel24
Dinge van ‘n Kind