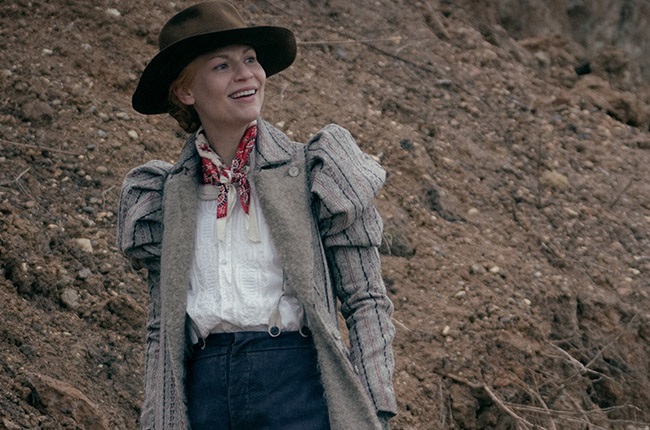 A London widow moves to Essex to investigate reports of a mythical serpent. She forms a surprising bond with the local vicar but when tragedy strikes, the villagers start to accuse her of bringing the beast to their shores.

There is a lot going on in The Essex Serpent – archaeology, love triangles, socialism, religion, death, parenting – and that's not even touching on the fact that there might be a mythical serpent killing people. But this means that there is something for everyone, whether it be horror, fantasy, history or romance.

The series begins with two deaths in Victorian-era England. In Essex, a teenage girl dies, and the nearby villagers lament that a mythical sea serpent killed her because of her sins. While in London, Cora Seaborne's (Claire Danes) abusive husband dies from throat cancer after refusing to be operated on. For Cora, this means freedom and a chance to follow her passion for amateur palaeontology. She travels to the village of Aldwinter to inspect the mystery of the serpent and what she believes might be an undiscovered dinosaur that survived extinction.

Cora travels with her young neurodivergent son Frankie (Casper Griffiths) and her companion Martha (Hayley Squires). While in Aldwinter, she discovers many fossils but is met with animosity and suspicion by the town's people, especially since she was one of the first to find the dead body of the missing girl, Gracie. But she meets an ally and sparring partner in the local vicar Will Ransome (Tom Hiddleston), and a friend in his kind and his gentle wife Stella (Clemence Poesy).

What makes this series work as well as it does is the main character, Cora. Cora is complex, broken, and destructive, but she is still a likeable character for which you want to root. This is partly because of the writing by Anna Symon, which is based on the book by Sarah Perry, which is rich and engaging in its characterisation, especially that of Cora. But this is made even better by the electric performance by Claire Danes. The nuance that Danes brings to the role makes you fall in love with the character just like everyone else in the show does. She depicts so well a woman finally unbridled by her shackles and able to embrace her passions for the first time. And even her guilt and her pain over hurting others are so well executed that you empathise with her.

A lot of the series has to do with the various romances, especially the central love triangle, love square, or pentagon; it's difficult to keep up with all the pieces. Cora is mostly oblivious to the affections of Martha, as well as Dr Luke Garrett (Frank Dillane), who was her husband's doctor and later became her friend and drinking buddy. At the same time, Cora and Will are becoming increasingly attracted to each other even though Will seems to be happily married to Stella. Claire Danes and Tom Hiddleston have very good chemistry, and that seems to sell their relationship even when the character of Will appears to be lacking compared to the other characters around him. On the other hand, Luke is absolutely thrillingly played by Dillane, which makes him fun and likeable even when you can tell that he wishes the phrase 'friend zone' had been discovered earlier. But it is Poesy as Stella who truly had me enamoured. It was such a heartbreaking and muted performance, but it was done so beautifully that I felt like I wanted to hug her.

For those hoping to see horror shots of the evil serpent, you will be disappointed. The show works with the mystery of the serpent, questioning its existence until the final episode. But even though it is the basis for some creepy scenes involving children chanting and girls in long dresses, it becomes very obvious early on that the serpent is meant to be an allegory for fear of the unknown. And what is it that we do when we don't have all the answers? For Will, it is turning to God; for Cora, it is turning to science; and for the townspeople, it is turning to fear of outsiders. And this is well executed throughout the series, even though there were times when I kind of missed the spookiness of the serpent myth.

But I felt as if there was just too much going on in The Essex Serpent, and I think the show would have been better if it had explicitly just focused on Cora and her journey. However, we got a side plot about Martha, who is a socialist, and tries to lobby for social housing, and a side plot about Luke and his various surgeries, even though we never really get to see him operating on anyone in the main cast. This is clearly trying to add to the ensemble cast, and even though the actors are compelling and the characters are fleshed out, it still feels like a waste of time. I understood the points they were making about the times they were living in and people's aversion to change, but it did not come across as something that was fluidly part of the main story that they were telling.

Director Clio Barnard and cinematographer David Raedeker did an amazing job with how they portrayed the Essex coastline. From the dark skies to the mist on the moors, every frame looks stunning, and you won't be able to take your eyes off the screen.

The Essex Serpent is filled with gorgeous scenery, a dreamy Tom Hiddleston, fabulous costumes and a stunning performance by Claire Danes. And even if the narrative can be clunky at times, it will be a must-watch for period drama fans.

We live in a world where facts and fiction get blurred
In times of uncertainty you need journalism you can trust. For 14 free days, you can have access to a world of in-depth analyses, investigative journalism, top opinions and a range of features. Journalism strengthens democracy. Invest in the future today. Thereafter you will be billed R75 per month. You can cancel anytime and if you cancel within 14 days you won't be billed.
Subscribe to News24
Next on Channel24
First Kill