The Most Hated Man on the Internet 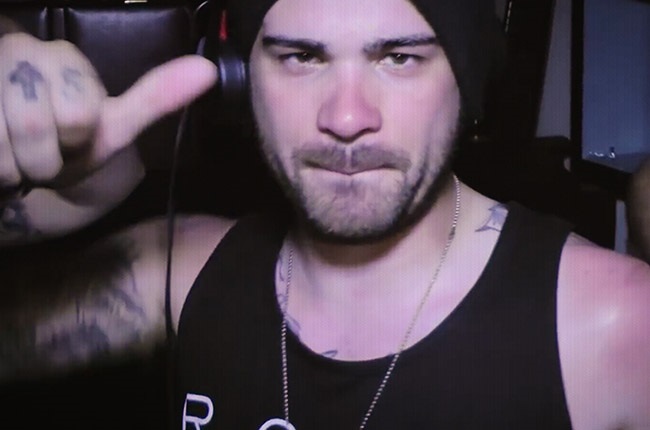 Hunter Moore in The Most Hated Man in America.
Photo: Netflix

The Most Hated Man on the Internet

Appropriately titled, The Most Hated Man on the Internet is a three-part docuseries that tells the story of how a woman went full mama bear on Hunter Moore – who called himself a professional 'life ruiner' – after he shared nude photos of her daughter on his website, IsAnyoneUp.com. But, honestly, this docuseries is about so much more than that.

Through multiple clips of previous interviews with Moore, confessionals with several of his victims – including a woman who became known as 'Butthole girl' and a vocalist for a scene band called We Are Defiance – his former girlfriend, and the people who ultimately ended his goal of "making money off titties and fucking people over," as Moore so bluntly puts it director Rob Miller paints a haunting picture of how easily someone can gain power, and abuse that power, by the click of a button.

First and foremost, Hunter Moore can only be described as an egotistical asshole. And it sickens me to think that while this docuseries attempts to give his victims a platform to share their stories and expose him for the vile human he is, he will see it as just another form of publicity. I know this because it is repeatedly illustrated throughout the three episodes. This man thrived on hurting people and believed that there's no such thing as bad publicity, no thanks to his cult following, who call themselves The Family and continuously supported him by threatening the people whose lives he was ruining.

From a documentary standpoint, I will admit The Most Hated Man on the Internet didn't need to be three episodes that total to 167-minutes. A lot needs to be dealt with and said, but it could easily have been a one-and-a-half to a two-hour film. There were a lot of moments that felt dragged out or repetitive, and I got the feeling it was made that way to add dramatic effect, but honestly, with Hunter Moore as the subject matter, there is absolutely no need for added dramatics. This guy had more than enough theatrics, let alone the devastating stories shared by his victims.

From a content standpoint, Miller and his producers were right on the money. I think it was essential to include the archival footage of Moore to prove the exact type of person he is. While in the early 2000s, his behaviour attracted thousands of supporters, I have a feeling the response to the documentary will echo those that came to light after he appeared on Anderson Cooper's daytime talk show in November 2011. Hearing the chilling stories of what these people went through at the hands of Moore is heart-breaking. I hope people will understand the severity of sharing a photo that isn't yours to share or hiding behind social media to break someone down.

Then I have to say thank God for Charlotte Laws. Had it not been for this mama bear refusing to let this man get away with treating women as meaningless objects, I fear he would have continued to get away with it. I trust her investigative skills more than the police at this point. And as for the women hacked or brainwashed and manipulated by Hunter and his team, my heart goes out to them and their strength for speaking up and taking a stance against him. I also have to shout out to James McGibney for beating Hunter at his own game and so cleverly bullying his way into taking over and ultimately redirecting the revenge porn site to a page that offers a safe space for bullied people looking for help. Now, if someone were to go to IsAnyOneUp.com, they will land on a message from McGibney that reads:

The Most Hated Man on the Internet is gripping, and you won't look away for one second. However, I fear that the intention to give his victims a platform to share their stories may be overlooked by the utter audacity Hunter Moore had to ruin people's lives to gain power, money and fame.

The Most Hated Man on the Internet is now streaming on Netflix.

We live in a world where facts and fiction get blurred
In times of uncertainty you need journalism you can trust. For 14 free days, you can have access to a world of in-depth analyses, investigative journalism, top opinions and a range of features. Journalism strengthens democracy. Invest in the future today. Thereafter you will be billed R75 per month. You can cancel anytime and if you cancel within 14 days you won't be billed.
Subscribe to News24
Next on Channel24
Ragdoll

Read more on:
hunter mooredocu-seriestv reviewtvthe most hated man on the internet