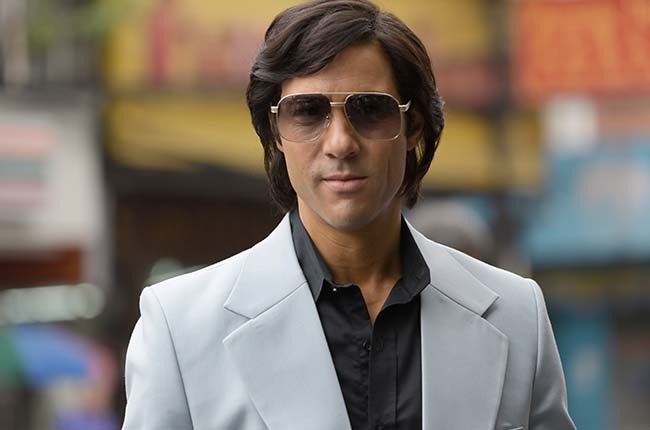 Charles Sobhraj – A name I had never heard before, until the release of the true-crime drama The Serpent, now streaming on Netflix.

What followed was an Easter weekend binge and hours spent on the internet, getting to know the man identified and later charged as a murderer, thief and seductive master of disguise in the mid-70s.

The Serpent, which first aired on BBC One earlier this year, follows Dutch diplomat Herman Knippenberg (Billy Howle) as he investigates the disappearance of a pair of Dutch backpackers in Bangkok. With recruited help from anyone he can get, including his then-wife, Angela (Ellie Bamber), his pursuit leads him to Sobhraj (Tahar Rahim) and his accomplices, including Marie-Andrée Leclerc (Jenna Coleman) and Ajay Chowdhury (Amesh Edireweera). All of whom have been drugging, robbing and killing young tourists travelling between Europe and South Asia.

Having no knowledge of what the limited series was about, I was gripped from the first episode right until the end credits in the last episode. While the show was respectfully "inspired by true events", it is so disturbing and well made I very nearly believed that it was all fiction. This is not because the acting was unconvincing, but because of the bizarre real-life history of this con-man that writer and producer Richard Warlow revealed they had to temper back on because of how unbelievable it was.

I have to give major credit to the cast. French actor Tahar Rahim, who you may know from his starring role in The Mauritanian, committed to this role in a way that convinced me just how charismatically evil, charming, and manipulating the real Sobhraj was. His supporting cast was just as good – Coleman's portrayal of a woman stuck in love and filled with too much fear to leave garnered so many emotions of anger, empathy and heartache; however, I must make mention that her French accent was perhaps not on par. Edireweera's creepy portrayal as Sobhraj's right-hand man was so real it made my skin crawl every time he was on screen. Finally, Howle's depiction of the man who couldn't let go and who wouldn't give up came with so much passion and distraught, bar the mediocre Dutch accent, that even I was searching for another way to catch this serial killer.

Bearing in mind that it's challenging to tell a story based on actual events such as this one without disrespecting or causing any harm to those affected by the criminal's evil doings, I think Warlow has somewhat achieved this in certain areas. At the start of the series, viewers are informed that "some names and circumstances have been changed for dramatic purposes and out of respect for the victims and their families". According to the Los Angeles Times, the victims' names were changed at the request of the victims' families and to keep the identities of Sobhraj's wife and daughter private for their safety.

Speaking to the publication about how they approached the challenge, Warlow explained: "Sobhraj has been very good about building a false narrative about the people he's alleged to have killed … I think that's why a lot of the families were so reluctant to get involved with the drama. It was crucially important that we spend time with them and see this, rather than let them be anonymous and reinforce what has been a false narrative already about them."

In addition, the Serpent mindfully illustrates the harsh realities of the hippy trail era that included societal problems such as ignorance, sexism, rivalries between countries and casual racism. This made me think back on something Darren Criss said when accepting the 2019 SAG award for outstanding performance for his role as serial killer Andrew Cunanan in The Assassination of Gianni Versace: American Crime Story. He said: "For any of the family and friends of those that are still affected by the destruction that he brought, I hope you know that our goal was not to make a spectacle of their tragedy but to create a positive dialogue about social issues and bring to justice things that were in the shadows."

While the script was fairly simple, the changes between languages and continuous jumps back and forth in time may seem confusing at first but end up being a very well thought out and clever mechanism. It is a massive tension builder as viewers are taken back and forth to the same scenes but with new information and from the different perspectives of those involved, without losing the rhythm and the flow of the story.

The Serpent tells a hauntingly strong and compelling story backed up by beautiful cinematography and incredible acting. My heart goes out to the victims and their families, and I hope viewers will get a sense of remembrance and respect for them in the retelling of this harrowing story.