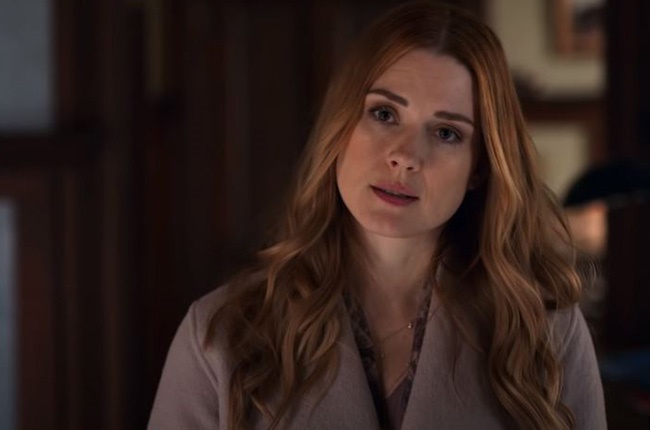 Searching for a fresh start, a nurse practitioner movers from LA to a remote northern California town and is surprised by what - and who - she finds.

Virgin River is a sweet little drama about a big city nurse who relocates to a small town to start over after a personal tragedy. This is such a tried and tested trope, but somehow it makes for easy watching. There’s something endearing about Mel (Alexandra Breckenridge) and her mysterious back story. It’s obvious right up front that her husband is dead, but we don’t know how it happened and how she’s to blame.

She has immediate chemistry with local restaurant bar owner, Jack Sheridan (Martin Henderson) and immediate hostility with Doc Mullins, who had no idea that the mayor had hired her without his knowledge. It reminds me a bit of Hart of Dixie, mostly because once again Tim Matheson is playing a doctor in a small town who has help foisted on him.

But that’s where the similarities end. Hart of Dixie was a lot funnier, endearing and entertaining. But Virgin River is an easy way to while away an afternoon. There’s lots of personal drama between not only Mel and the residents of Virgin River, but every small town has its issues and dramas, and this one is no different.

From abandoned babies, post-natal depression and near-death experiences to illegal pot farmer drama and delivering breech babies in the woods, not to mention the inevitable love triangle, there’s a lot going on in Virgin River to keep you watching. Mel has to navigate around a town where everyone knows each other, but they’re that type of town that welcomes newcomers with open arms.

She also has to deal with Doc Mullins archaic views of both medicine and gender roles and is the one reason she considers moving back to the city. But in the end, it’s a secret kept from her that’s the ultimate reason for leaving.

The budding friendship and romance between Mel and Jack is very sweet, especially when he shows her how he’s done up the cabin for her. So it’s a shock both to her and us to learn that Jack has a girlfriend. Except that Jack is shitty or maybe just dumb enough to think that after two years it’s still just casual and feelings haven’t changed.

The show is well-acted and well-written, and it’s a great way to switch off from the cruelties and reality of our world for a feel-good slice of small-town shenanigans. It’s a warm, fuzzy kind of show that wraps you up in romance and cosiness and is great for the weary soul.