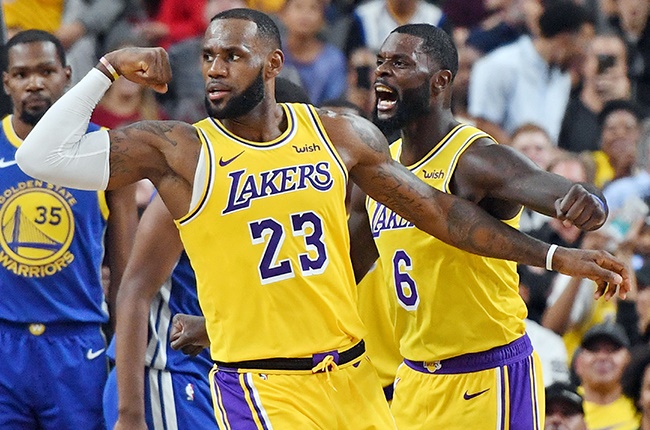 MultiChoice and The Walt Disney Company Africa have announced an exciting partnership that will make more sports available to customers across Africa.

Two 24-hour ESPN channels are being made available to DStv customers from 29 July.

For basketball fans, there's the much-anticipated return of the NBA from the bio-bubble from 31 July, where LeBron James and the LA Lakers renew their city rivalry with the LA Clippers and Orlando Magic take on the Brooklyn Nets.

The Major League Baseball (MLB) regular season will also take prominence on ESPN, with fixtures between the Oakland Athletics and Colorado Rockies (29 July), and a stunning triple header for the Boston Red Sox and New York Yankees from 1-3 August.

Together with the live sports programming, viewers will also be able to catch up on the latest films, series, news, talk shows and highlights from ESPN's iconic sports documentary and studio programming.

"As Africa's leading video entertainment platform, we are unwavering in our commitment to ensure that we continue to find the best available content to delight our customers, both now and into the future. We endeavour to deliver both world-class international content as well as the very best in local content, giving our loyal customers a never-ending selection of outstanding entertainment," said MultiChoice Group CEO, Calvo Mawela.

"From reliving the greatest moments in sports history to seeing those moments being made, ESPN's compelling content and unique personality will be a complementary addition to MultiChoice Group's sports offering," said Christine Service, Senior Vice President and Country Manager of The Walt Disney Company Africa.

"We are thrilled to be bringing the achievements and triumphs of both international and local athletes, our quality storytelling and innovative programming to a whole new audience of sports fans in Africa."

We live in a world where facts and fiction get blurred
In times of uncertainty you need journalism you can trust. For only R75 per month, you have access to a world of in-depth analyses, investigative journalism, top opinions and a range of features. Journalism strengthens democracy. Invest in the future today.
Subscribe to News24
Related Links
M-Net adds new local drama Inconceivable to its line-up
Matthew Rhys on Perry Mason: 'I wasn't interested in playing a clean-cut version or a superhero'
Next on Channel24
This weekend on WWE an all-time legend makes a triumphant return