It started with 20 castaways, and now there are 13 left competing for the title of sole survivor in the eighth season of Survivor SA.

Survivor SA: Immunity Island was filmed in a Covid-19 production bubble in the Eastern Cape's Wild Coast - a region of wilderness that stretches from East London in the south to the border of KwaZulu-Natal in the north.

But what exactly went into making the show. How many games were created, and just how many hours of footage was filmed?

The crew consisted of 157 skilled crew and 103 casual labourers making that a total of 260 crew members.

While the castaways might have gone hungry, there were 24 882 meals catered for during the season.

To capture all the shenanigans and water pit scheming, more than 3000 hours of footage was filmed, which is about 180 TB of footage.

A shoutout to the game masters who created 27 games and 11 Immunity Island mini-games.

There were a few foot injuries, one head injury, and no Covid-19 cases.

It took 30 days to build the Tribal Council and eight tons of Wild Coast-collected driftwood. Speaking about the design Leroux Botha, the creative director and series director, said: "We wanted to go for a tribal council that felt more like a tribal village that was abandoned." All smiles from the crew.
Photo: M-Net A total of 260 crew members were emplyed.
Photo: M-Net 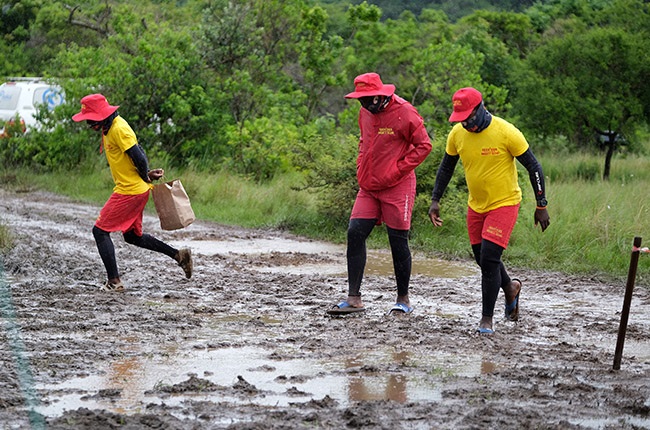 READ MORE | Survivor SA : Nico Panagio was almost a contestant before he became the host of the show

We live in a world where facts and fiction get blurred
In times of uncertainty you need journalism you can trust. For 14 free days, you can have access to a world of in-depth analyses, investigative journalism, top opinions and a range of features. Journalism strengthens democracy. Invest in the future today. Thereafter you will be billed R75 per month. You can cancel anytime and if you cancel within 14 days you won't be billed.
Subscribe to News24
Next on Channel24
How Survivor SA drew inspiration from sci-fi shows for this season's tribal council design