Close to home, but far from comfortable: Survivor South Africa gets real on the Wild Coast.

Having spent the better part of a year in isolation due to the Covid-19 pandemic, the group of 20 Castaways were transported far from their homes and into true isolation on the Eastern Cape's stunningly-beautiful Wild Coast, where they attempted to Outwit, Outplay and Outlast each other over 39 days for R1 million and the coveted title.

Jan du Plessis, Channel Director for M-Net Channels, says that the series is shaping up to be the best-ever in Survivor South Africa history. "The Castaways this season proved that they will stop at nothing to emerge victorious - it's the most cut-throat, ambitious and engrossing season of the game we've seen, contested by a group of true super fans".

Creative Producer & Series Director, Afrokaans' Leroux Botha says the first-ever local setting for Survivor South Africa has taken this season up another notch. "When the Castaways discovered they were going to be playing the game in a location closer to home than usual, some of them thought they could take a degree of familiarity for granted - but they soon find out that whether they're on the beautiful Wild Coast or on an island on the other side of the planet, Survivor always throws up tests, twists and challenges they couldn't possible foresee," he says.

Here are the 20 castaways who will kick off Survivor South Africa: Immunity Island on M-Net (DStv Channel 101) at 19:30 on Thursday 3 June:

1. Corporate Lawyer Amy Eliason (33) from Johannesburg, says her favourite drink - red wine - also led to her submitting an entry for this season of the show. "I was at a braai and the advertisement for Survivor came on TV and with my red wine-stained lips and teeth I proclaimed, 'I can do that!'," she says. "I then proceeded to film my messy audition video, which somehow got me selected!" 2. Math Educator & Rugby Coach Anela Majozi (25) from Johannesburg, is originally from Durban but now calls Joburg home - describes himself as 'a typical Gemini'. "I'm simple yet also elaborate, deliberate and measured in my approach - and somehow also very careless at times," he says. 3. Medical Doctor, Yoga teacher & small business owner Anesu Mbizvo (29) from Johannesburg, describes herself as 'a natural leader, healer, earth lover and avid dreamer'. The Yoga teacher says of entering: "I am constantly searching for ways to grow and evolve and I wanted to enter Survivor so that I could find out who I would be when everything was stripped away and I was pushed to my limits". 4. Corporate Sales Executive & Entrepreneur Carla Gubb (29) from Cape Town, says that, having watched every season of Survivor that has aired over the past 20 years, she still believes you can never be prepared. "The game is so different every season and every player is unique, which makes it impossible to predict what is going to happen, or how to play," she says. 5. Entrepreneur Francois Chapman (32) from Centurion, is better known as 'Chappies' to his friends and fellow Castaways. He describes himself as an optimist by nature, who loves life and strives to make a positive impact in others' lives by living his life to the fullest. "Swim upstream or don't swim at all," is his motto. Chappies says there's nothing he wouldn't do to win the game. "No hard feelings, just a hard game," he says. 6. Live Escape Game owner Dino Paulo (30) from Johannesburg, says his greatest strength is being able to laugh at himself, or throughout a tough situation, which has helped him demonstrate resilience. "Being easy-going and highly adaptable should have its advantages too," he says. 7. Structural Engineering Draughtsman Jason Brookstein (27) from Johannesburg, packed his hair elastics as the first item into his bag for the game -- odd, then, that he says one of his greatest weaknesses is 'barber shops'. Citing Joe Anglim, Ozzy Lusth and Sarah Lacina as his favourite-ever Survivor players, he says his strategy going into the game is to spot vulnerability and use it to his advantage, while networking and having options to move in the game. 8. Strategy Consultant Kiran Naidoo (29) from Johannesburg, is Durban-born and absolutely adores competition. "Playing 'for fun' is quite literally the most annoying concept in the world," he says. "I am exceptionally curious about the world around me and the motivations behind why people do what they do. Lastly, I'm super sarcastic and quick-witted, if you don't pick it up you may think I'm mean... shame". 9. 'Boervrou and guest house owner' Marisha du Plessis (35) from Tulbagh, describes herself as 'outgoing, strong and very driven' -- and hates being told she cannot or may not do something. While her greatest weakness is not being able to hide her true self, she says her strengths are how good she is with people, relationships, and the way she never gives up. 10. Lawyer Mike Laws (32) from Cape Town, calls himself 'a classic city slicker'. "I'm a Corporate Law geek with anxiety issues, strong opinions and a big heart". He entered this season 'to see if a neurotic, city-slicker, white-collar geek could crack it in the wild' and prepared by learning to tie knots -- though declares himself 'useless' at it. 11. Digital Marketing Manager Nicole Wilmans (26) from Somerset West, "I think I was born to be on Survivor - I love the thrill of the game and how it challenges you in every possible way imaginable," she says. "I am a passionate and enthusiastic woman. A go-getter and always up for a challenge," she says. Having packed her bikini first - adamant she was going to get that 'Survivor glow' - Nicole says she feels like she'd been preparing her whole life for the game. 12. Freelancer Noleen Nkanjeni (30) from Cape Town, better known as Pinty, loves learning how to do new things and to go beyond her limits. "That's why I like to think of myself as a 'Janet of all trades' who knows a little more than just a little about many different things," says Pinty. "Meeting new people and having meaningful, honest interactions is one of my favourite things". 13. Aftercare Teacher Paul Cupido (29) from Johannesburg, describes himself as 'single / very single', and thinks of himself as 'a kind and loving person, with a spontaneously positive outlook on life'. "I'm someone who's always up for a challenge -- spiritually, mentally and physically and someone who often puts others before himself," he says. He entered Survivor SA because he wanted to be part of a social experiment, but also because he was craving a new adventure and a bit of excitement in his life. 14. 'Fun-employed' Qieän (pronounced 'Key-hahn') Wang (35) from Cape Town, is Taiwan born and currently Hong Kong based. She loves having the freedom to explore nature and be immersed in it. She describes herself as 'highly empathetic, kind and fiercely loyal' -- something for which she says she is often taken for granted, for. "Expect some tears. I'm definitely not one who is afraid to show her vulnerability! Hopefully the viewers will recognize me for my kind, nurturing nature and not mistaken it for someone who is not aggressive," she says. 15. Chemical Engineer Renier Louwrens (30) from Secunda, "I've been playing the hypothetical game in my head for the past 5 years, discussing it and breaking it down with my wife and having loads of fun doing so," says of his preparations to play the game. "My wife and I have watched every season of Survivor out there. It's my dream to be able to play the game I've grown so fond of over the past 20 years," he says. 16. Online Business Owner Santoni Engelbrecht (39) from Strand, it's a case of '4th time's the charm' for as she finally got her wish of becoming a Survivor SA castaway after three previous attempts. "I love the dynamics of the show and always wanted to enter. I'm such a 'non-Survivor-looking person' and I wanted to show people that anything is possible if you put your mind to it," she says. 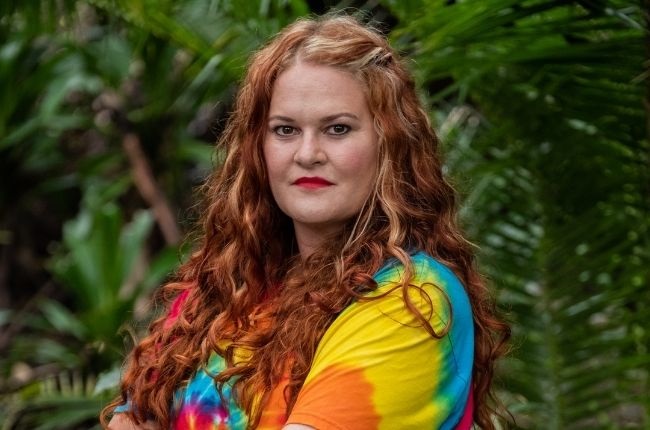 17. I.T. entrepreneur Shaun Wilson (40) from Cape Town, is Norwich-born, Jo' burg-bred and now Capetonian, is a' geek who has an affinity for adventure and the biggest soft spot for dogs'. His preparation for Survivor SA was non-existent. "Lockdown hit and I perfected my baking skills, spending time with my dogs and improving my KD rate on Apex Legends," he says. 18. Marketing Officer Thoriso M-Afrika (36) from Uitenhage, is PE-born and describes herself as 'The eternal optimist, fiercely loyal and a colourful character who lives in my own world'. "I'll stand out as an anomaly on the show because I wouldn't be caught dead camping, am a creature of comfort and would probably die if I ever did something like this alone," she says. 19. Creative Director and entrepreneur Tyson Zulu (24) from Johannesburg, "I'm a super creative, a jack of all trades and a perfectionist to a fault. I love animals more than people," says the Durban-born entrepreneur. "10/10 times I'll always speak my mind and do what I feel". He entered Survivor SA as a learning experience. "I want to be a big player in the Film & TV industry and learning, first-hand, from the biggest show in the country is a massive opportunity," he says. 20. Yoga Instructor & Fitness Professional Wardah Hartley (39) from Johannesburg, "I officially celebrate four decades on the planet this year, and I have learnt plenty about myself and about how human beings behave," she says. After having been a journalist for 20 years, she developed the ability to quickly connect and build trust with virtually anyone she meets. "I wanted to put myself in an environment where I could put all of these valuable life lessons to the test -- Survivor SA is my Masterclass". The 8th season of the show is once more produced by Afrokaans and hosted by Nico Panagio. The series will premiere on M-Net (DStv Channel 101) on Thursday 3 June at 19:30

We live in a world where facts and fiction get blurred
In times of uncertainty you need journalism you can trust. For 14 free days, you can have access to a world of in-depth analyses, investigative journalism, top opinions and a range of features. Journalism strengthens democracy. Invest in the future today. Thereafter you will be billed R75 per month. You can cancel anytime and if you cancel within 14 days you won't be billed.
Subscribe to News24
Next on Channel24
Survivor SA: Return of the Outcasts to film in early 2022, casting process ongoing