Qiniso Van Damme has started her quest for love on the Bachelorette SA's first season on M-Net (DStv 101).

But what exactly went into making this show? How many bottles of bubbly, and just how many roses did they use?

While Sixteen Candles is the title of the 1984 romantic movie, The Bachelorette SA lit 265 candles during the production and opened 42 bottles of sparkling wine, and used a whopping 296 roses.

An eye-popping 42 flower arrangements adorn the show across the various episodes, while a full 10kg of rose petals were lavishly strewn.

The lighting team on the show unrolled and draped over 3.6 km of fairy lights.

The eligible bachelors' wardrobe would put shame to Tori Spelling's infamous revolving hanger closet: 140 suits were bought in, fitted, pressed and worn during the season.

Spare a thought for the editors who have to decide what goes in and what is left on the cutting-room floor in post-production: More than 800 hours of footage were filmed for the season.

And here's another astounding number as South African and African TV productions from MultiChoice and M-Net ranging from Survivor SA and Big Brother Naija to Love Island SA and Op My Eish! have become "production bubble" shows during Covid-19: A whopping 13 824 hours were spent in quarantine during the making of The Bachelorette SA. Lights, camera and action. 140 suits were bought in.
Photo: M-Net 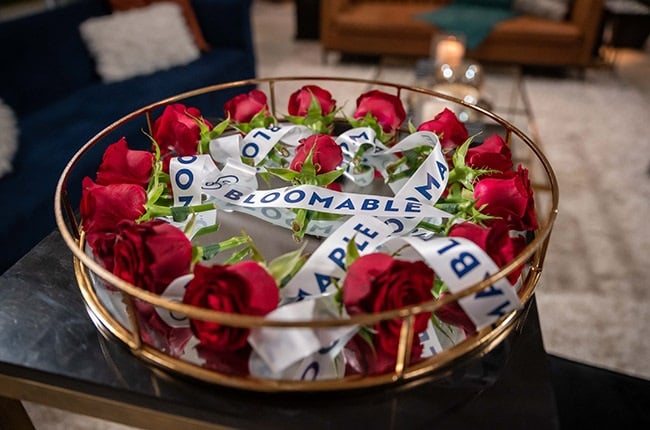 Getting ready for a date.
Photo: M-Net