Quirks and all, The Bachelorette's Qiniso and Gareth are finding 'even more reasons to fall in love' 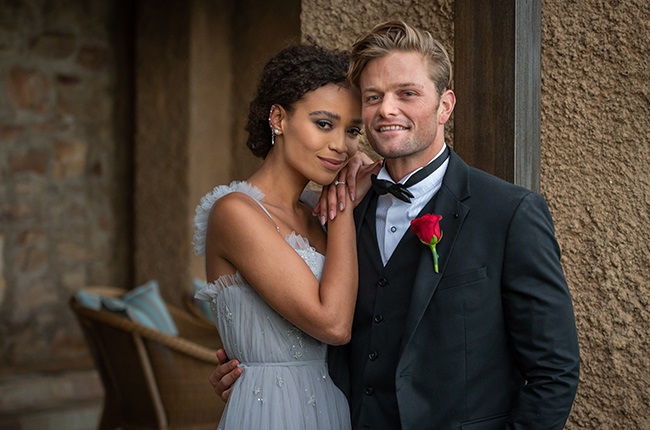 Qiniso Van Damme and Gareth Ehret publicly made their relationship status official on Thursday evening during the final episode of The Bachelorette SA.

The 28-year-old - who was South Africa's first-ever bachelorette - chose to give her final rose to the 27-year-old after saying goodbye to 19 suitors over her four-month journey to finding love.

In a moment straight out of a romantic comedy, the couple professed their love for each other and commitment to embark on a relationship at the beautiful backdrop of the castle at the Pezula Resort in Knysna.

"It's a bit overwhelming," says Qiniso, about their relationship finally being public during a Zoom call the day after the big reveal.

Gareth adds: "For me, I'm so relieved. It's been a bit odd trying to keep this under wraps for a few months; overwhelming and relieving in the same breath."

On how they managed to keep their secret, Gareth jokes: "We were ninjas!"

"I am ready for the South African government to make Gaz and I spies. We have six months of experience. Nobody caught us. Nobody knew anything. So, they can send us out into the field," quips Qiniso.

Jokes aside, since the big news, the couple are receiving overwhelming support, love and joy as calls flood in from family and friends.

"They're so happy for us. They all know us so well, and they can see how happy we are," says Gareth.

Like the rest of us, the pair watched the final episode for the first time when it aired on television, and Qiniso says it was beautiful to relive the moment.

"I cried again, watching Gaz talk to Jason about our love and just our relationship and him tearing up. My heart is just so full. It was absolutely incredible watching with the nation last night and our family right next to us."

Gareth adds that it was an emotional and special moment and that everyone - aunts, uncles and cousins - were in tears. 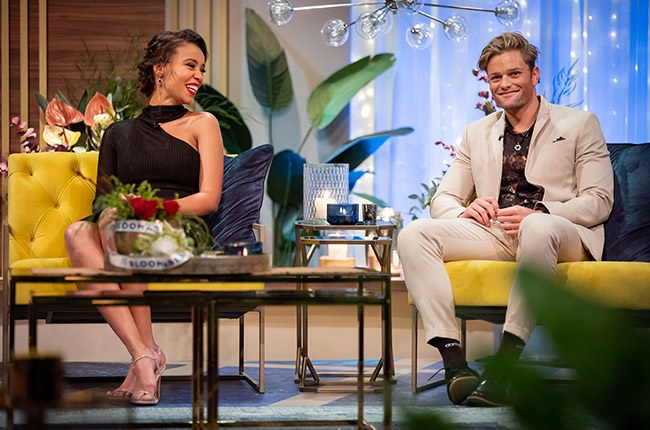 Qiniso and Gareth on The Bachelorette SA.
Photo: M-Net

'I have not made a mistake'

Qiniso says her decision was a difficult one to make, but her "subconscious definitely knew that Gazi was [her] guy".

"The moment I knew was in that last week. Knowing that I had to make my decision, I spoke to my heart. I spoke to my mom, I spoke to my friends. And I really just journaled and tried to process for myself what I had gone through.

"I can say that I have not made a mistake at all. I chose the thing that I searched for, that I asked the universe to give me. I finally got it. I am so happy."

So, about that ring that Gareth gave her, Qiniso shares that she picked out both rings. And what she liked about them both was the simplicity and the diamonds. The band of the ring is being adjusted, but when she gets it back, she'd like to have it engraved and promises to share the inscription with us. Qiniso shows off the bling she chose.
Photo: M-Net

'Every time he smiles at me, my heart skips a beat'

Listening to the couple speak, it's clear their relationship has only strengthed over the past months and that they are besotted with each other.

Letting us into their relationship, Gareth shares some of Qiniso's cute quirks, saying that about 50% of her communication is via some sort of squeak and grunt.

"There are some weird but beautiful things. And I guess those are even more reason to fall in love."

"Gareth has a beautiful smile. Every time he smiles at me, my heart skips a beat. He's just so honest and so caring, and he makes a mean toasted cheese. And a mean oats bowl. He better never stop spoiling me with that food," says Qiniso.

As for their first date out in public, the couple hasn't decided just yet but share that they will be going to Kenya in June.

What I want to share with the fans is, guys, don't just manifest something, put the work in. Don't just say I want to find love and wait around for it to happen. Girl, buy that guy a drink at the bar, sign up for a dating show, do whatever it is that you feel will make love happen and just don't give up. Don't give up your person is out there. Look, I found mine on a reality television show.

We live in a world where facts and fiction get blurred
In times of uncertainty you need journalism you can trust. For 14 free days, you can have access to a world of in-depth analyses, investigative journalism, top opinions and a range of features. Journalism strengthens democracy. Invest in the future today. Thereafter you will be billed R75 per month. You can cancel anytime and if you cancel within 14 days you won't be billed.
Subscribe to News24
Next on Life
Here's who Qiniso Van Damme gave the final rose to on The Bachelorette SA