The ladies in the mansion breathed a sigh of relief when Nolo Moloi didn't get a rose on the latest episode of The Bachelor SA.

The 27-year-old was in the spotlight on the dating reality show after her tiff with Bridget.

In the fourth episode, she went on her first group date and then ruffled feathers (again) at the cocktail ceremony.

In case you missed it, here's what went down at the cocktail party:

The ladies decided that Andeline would be the first girl to have a chat with Marc at the cocktail party. Nolo didn't stick to the plan and nabbed Marc first, which left the women furious, and Nolo isolated herself for the rest of the night. Nolo then tried to apologise to Andeline, but she dismissed her apology. At the end of the night, Nolo and three other women didn't get a rose.

We asked Nolo the tough questions about her time on The Bachelor SA.

You already had a volatile relationship with the other women in the house. Why did you renege on the deal to let Andeline get some time with Marc first?

During my third altercation with Bridget, Andeline decided to chime in and talk to me like a little schoolgirl which I didn't appreciate. I had been disrespected by the girls in the house more than once, and I wasn't going to let this one fly again. Me going back on the pact was my way of giving the girls a taste of their own medicine. Like I said before, I treat people how I want to be treated, then I treat them how they treat me.

Was your apology to Andeline sincere?

No, I don't even know why I said it really because when she spoke to me again, I was actually like 'girl bye'. It reminded me why I did what I did, so if I could I would take that apology back. I seem to be getting good at taking my sorry back, LOL. 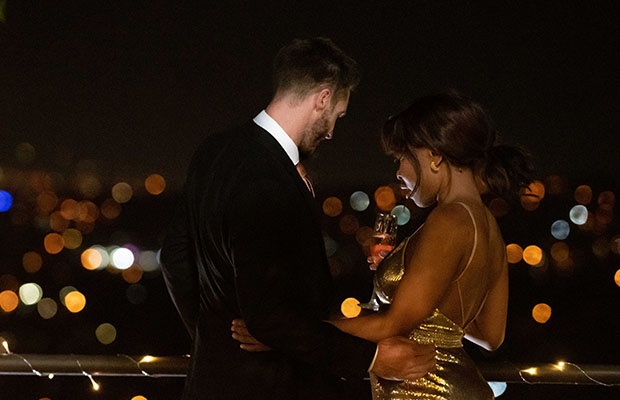 (WHAT PACT? Nolo gets some one-on-one time with Marc. Photo: M-Net)

Your actions at the cocktail party upset everyone. Was there a reason for doing what you did?

I was the only person who had my back in that house. I never had anyone on my side. So, for me, it was me against the girls. I had to do whatever I had to do to be true to myself because no one was going to back me. It sucked that even though I formed amazing relationships with some of the girls, at times I felt very alone because no one ever stood by my side or had my back.

Do you regret anything about your time on The Bachelor?

No, I learnt so much about myself, I grew so much, and it was the best thing to happen to my confidence. It was so worth it. I wouldn't change a thing and watching back I get to meet myself, and I like who I see.

Did you get close to any of the other women in the show? Are you still in contact with any of them?

Yes, I formed wonderful relationships with some of the girls in the mansion. Mulesa, Daniella, Qiniso, and Parushka were so sweet. Tamryn and I became really cool.

If you were given more time, do you think you could have built a stronger connection with Marc?

For sure, but would it have been authentic under those circumstances? I don't know. I was always on edge, and I had to learn very quickly to have my guard up, so it became tough for me to open up and be bonolo (soft). (MORE CONFIDENT: Being on the show was worth it. Photo: M-Net)

Some of the other women made you out to be the bully. Who do you think the real bullies are in the house?

Bridget is a bully because I think she is manipulative. Silke because of her cliques, like it was so weird, but hey the power of the first impression rose. Maybe they felt like they should stick with her because they might end up being like her since Marc was so impressed by her on the red carpet. And lastly, Pasha, she had two very different personalities on and off camera, well towards me I would say.

Yes, and I hope my husband - if he did watch the show - got to get a few date ideas because if I have to go on another dinner or lunch date again, I don't know. I'm more hopeful about it now than I was before the show because I know now how I want to be loved.

WATCH THE TRAILER FOR EPISODE 5 HERE:

READ MORE: Marc Buckner on the drama in The Bachelor SA mansion: 'I had a feeling about who was real and who wasn't'

We live in a world where facts and fiction get blurred
In times of uncertainty you need journalism you can trust. For only R75 per month, you have access to a world of in-depth analyses, investigative journalism, top opinions and a range of features. Journalism strengthens democracy. Invest in the future today.
Subscribe to News24
Related Links
Greta on not getting a rose in The Bachelor SA: 'All I had on my mind was a bucket of chicken'
'The Bachelor SA' drama: Nolo gives her side of the story
From 'The Bachelor SA' to London Fashion Week – here’s what Xia’s been up to
Next on Channel24
Marc Buckner on the drama in The Bachelor SA mansion: 'I had a feeling about who was real and who wasn't'