Are we heading for a fiscal cliff? 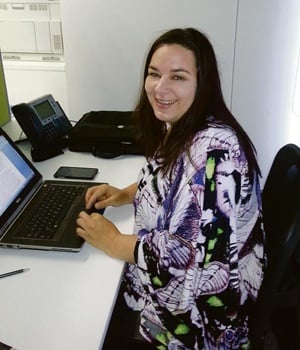 South Africa cannot sustain the current spending on social grants and the exorbitant civil service salary bill, and could be forced to borrow more money to keep the country going.

This is the warning that renowned academic and economist Jannie Rossouw gave delegates at the AHI entrepreneurship conference in George, Western Cape, on Friday.

The conference was attended by business leaders from across the country.

“The South African government faces the danger of a fiscal cliff. A continuation of current trends in social grant and civil service remuneration expenditure is unsustainable,” said Rossouw.

He said government could contain expenditure by placing a moratorium on new appointments and also accelerate economic growth through investment as part of the solutions that could be considered to avert a fiscal cliff.

Rossouw’s warning on Friday follows a 2014 study, titled Falling Off the Fiscal Cliff, in which he – together with co-authors Fanie Joubert, a senior researcher from Unisa’s department of economics, and Professor Adele Breytenbach – said a slower growth in civil servant pay, as well as curbing the growth in the size of the civil service, were key to avoiding a fiscal cliff.

Rossouw said he considered South Africa one of the “fragile five” economies – along with Brazil, India, Turkey and Indonesia – based on the fact that these countries had recently experienced budget deficits, current account deficits, inflation and exchange rate volatility.

City Press asked three economists to share their views on whether they thought South Africa faced the possibility of a fiscal cliff.

In contrast with the fiscal cliff faced by the US in January 2013, South Africa is being confronted by a somewhat different scenario. However, tax increases, accompanied by expenditure reductions, will be inevitable if current fiscal trends continue unabated – if not now, definitely later.

State-owned enterprise inefficiencies have been escalating. With limited fiscal space available, the department of finance will find it increasingly difficult to bail out struggling state entities.

The weakening of the rand will add to the fiscal woes as foreign currency-denominated debt increases. Already, the cost of state debt servicing amounts to 3.1% of GDP, and this is set to rise.

Government should focus on bringing down its expenditure growth to ensure the fiscal balance returns to sustainable levels without crowding out the private sector through higher taxation or prescribed investments. In the absence of timely corrective fiscal policy measures to avoid a credit rating downgrade, government will be confronted by a far more difficult funding environment.

In the past, when confronted by similar circumstances, greater government recourse to domestic savings (primarily institutional investor funding) has been obtained through prescribed investments. This is only a temporary fiscal solution as it crowds out the private sector’s recourse to the pool of domestic savings for investment. This inevitably leads to weaker overall economic growth for the economy, which in turn affects government revenue growth.

2Given the current situation we are observing, with an increasing proportion of government’s total revenue being spent on the remuneration of civil servants, coupled with the sustained growth in civil servant employment, we are most certainly heading for a fiscal cliff.

Theoretically, governments can raise more funds though increasing taxes or through financing, but in our case, with an already overburdened tax base (personal income tax accounts for 34% of government’s income and the budget deficit is hovering at about 4% of GDP), ideally, as difficult as it may be, we would like to see government limiting its expenditure. In addition, our current debt-to-GDP ratio of 47.5% is exceedingly high by any standard, hence any attempt to raise funds through borrowing is not sustainable.

Realistically, this may not happen and the outcome will, unfortunately, be tax increases, unless we see a drastic change in policy in the near future, which is unlikely.

If the government does not radically change its policy in general, or its current expenditure trend in particular – if it continues to hire more civil servants and continues to pay over and above inflation-adjusted remunerations – then the fiscal cliff is inevitable. In which case, the private sector will once again bear the burden of even higher taxes as government attempts to meet its expenditure needs.

If taxes consistently increase, it will affect both domestic and foreign investor confidence, which will further hamper our already sluggish growth.

Employing too many public servants, especially the ever-increasing number of Cabinet members, leads to way too much social spending and not enough directed at sustainable projects that will grow our economy.

Government is not doing enough to tap into new potential areas for growth like renewable energy, technology and reviving our agricultural sector. These industries, if grown and nurtured, offer a solution in terms of absorbing the unemployed and attracting foreign investors, thereby increasing our tax base – which may just be enough to avert the fiscal cliff.

3Today it can be argued that government uses too much borrowed money to run the public service sector. The idea is that the difference between spending and income of government (the budget deficit) is too large.

I refuse, however, to use the term “fiscal cliff”. It is mechanical and pretends objectivity.

“Fiscal cliff” calculations or predictions come together with keeping All Else Equal. But how large a budget deficit government can work with and how much debt it can accumulate crucially depends on from whom government and parastatals are borrowing.

The ANC government and Eskom borrow from profit-maximising financial investors, from institutions like the World Bank – and a lot in dollars. This makes the state budget vulnerable to pressure from credit ratings institutes, to shifts in interest rates and to sudden outflows of foreign currency. A “fiscal cliff” is very far away if the government obliges the gigantic state pension fund to lend a large part of close to R2 trillion in its funds to infrastructure projects and to buy state bonds at a low interest rate. Ideas about regulating capital markets, clamping down on hundreds of billions of illicit financial flows and directing vast public funds to public service functions are not a part of static “fiscal cliff” thinking.

We will not find economists who see a “fiscal cliff” coming up also advocating for higher tax rates on the rich and corporations to lower the budget deficit. They will suggest cuts in social spending and public service.

As for spending, too little is spent on basic public services, not too much. It doesn’t matter that education takes a large share of the budget if the budget for all public service is too small. Instead of investing in local public service companies of all kinds to build, repair and maintain social infrastructure in the municipalities, money evaporates in tender deals.

Hundreds of billions are being spent on megaprojects. People demand housing, water, sewerage, clinics, school buildings and roads. To fight climate change, we need electricity through solar and wind power. We need replication all over the country of the many small projects that people fight for bitterly – and where problems don’t lead to financial disasters, like they have in the Medupi and Kusile power station projects.