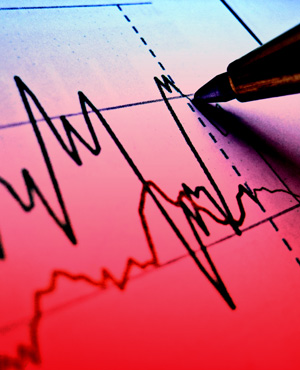 The private security industry is still trying to rally opposition to a proposed amendment bill that would ban majority foreign ownership of security companies in South Africa.

The SA Chamber of Commerce and Industry (Sacci) has joined in, this week claiming that the bill would single-handedly devastate South Africa’s economy and public finances.

This, says Sacci economist Roelof Botha, will flow directly from trade retaliation from the US and the European Union (EU) if South Africa enacts the Private Security Industry Regulation Amendment Bill with section 20d on foreign ownership intact.

At a press conference, Botha presented what he called an impact assessment of clause 20d.

In reality, it is an impact assessment of a hypothetical 10% drop in South Africa’s exports to the US and to Europe.

It is based on the assumption that the Americans will kick South Africa out of the African Growth and Opportunity Act (Agoa) because of the security bill, in the process killing the BMW exports that make up the bulk of local Agoa-related trade.

Botha admits the 10% figure is “arbitrary”, but also says he thinks the real damage would be even worse.

If there was a sudden 10% drop in exports to the US and the EU, the knock-on effect would be enormous, according to economic modelling done for Botha by Ilsé Botha (unrelated), a professor at the University of Johannesburg.

This exercise comes up with an estimate of more than 800 000 lost jobs, a R133 billion hole in GDP and a roughly R61.5 billion blow to the annual government budget through various routes.

The bill is “the enemy of the South African economy”, pronounced Roelof Botha.

The security companies have placed a lot of hope in the threat of the US using Agoa against South Africa. A special “out-of-cycle” review of South Africa’s eligibility under the trade deal is under way, with the outcome expected in the next two weeks.

Costa Diavastos, president of the Security Association of SA, said the big four foreign security firms’ investment into South Africa over the past eight years came to about R4.5 billion.

This had mostly been in the form of buying out local security companies and agglomerating them, Diavastos said in response to questions at the Sacci briefing.

He said he didn’t have information at hand on the scale of expatriated earnings that were now flowing from these investments, but told journalists that this was probably small because the companies, according to him, tended to reinvest their local earnings in local operations.

The four companies’ annual reports over the past decade are littered with big and small acquisitions in South Africa, and elsewhere.

The industry is the largest employer in the formal private sector, more or less matching all mines and quarries put together.

Diavastos’ theory is that the foreign companies would probably not settle for selling down to 49% in all their local subsidiaries, but rather leave the country altogether.

According to him, the industry is unlikely to do here what it has done in India, where a majority ownership rule on security companies has been in place for years. Despite this, some of the same multinationals leading the charge in South Africa are active there.

Diavastos said that this was because they invested in India when the rule was in place, and that there were no effective “expropriation” and attendant losses.

The 51% ownership clause is a reincarnation of an earlier, abandoned post-1994 policy to ban foreign ownership of security companies outright, and the current fight echoes what happened with the original introduction of private security regulation more than a decade ago.

The bill has been awaiting President Jacob Zuma’s signature since March. The delay seemed to indicate that government was taking the arguments against the bill seriously, said Diavastos