Security guards get a 10% pay boost 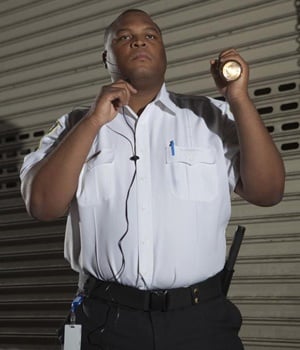 It was the biggest boost in five years for South Africa’s main employer outside of government, farming and domestic labour.

It raises the minimum wage for private security guards to R3 482 a month, effective this month.

The industry’s “general workers” now have to be paid at least R2 511 a month after receiving a 6% increase.

The security industry is a major part of South Africa’s employment picture, with a massive number of young and “unskilled” people rotating through security jobs every year.

The sector is estimated to employ 1 million people, although official labour statistics put the country’s number of paid guards, as opposed to other jobs at security firms, at 600 000.

That accounts for 4.6% of all paid jobs in South Africa.

The SA Transport and Allied Workers’ Union celebrated the new sectoral determination setting minimum wages in the sector for the next three years. An important feature of the new determination is that it will eventually eliminate the bottom wage levels in the sector, further increasing prescribed wages for the lowest paid.

In the official scheme, all security guards have a grade ranging from A to E.

In 2018, grades D and E will be rolled up into C, flattening the wage gap between the “highly” paid grade A, where the new minimum is R4 571, and the rest.

The determination does not increase wages, but only raises the minimum wages, leaving people already earning more than the minimums unaffected.

The employment conditions commission first set minimum wages for security workers in 2001 and started raising the wages in 2003.

In 2006, an infamous three-month strike ushered in the current trajectory of rising real minimum wages in the sector.

The 2006 strike is still the most violent in living memory, claiming more than 60 lives as strikebreakers were routinely murdered, especially in Cape Town