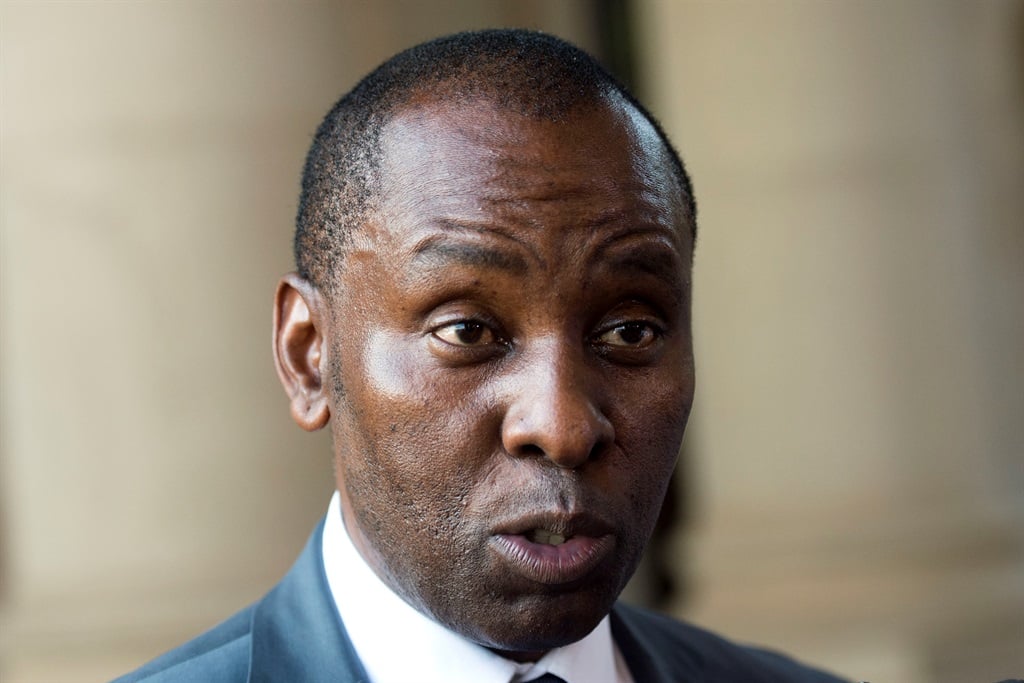 There seems to be no end in sight to the tension between Mineral Resources Minister Mosebenzi Zwane and the Chamber of Mines over the much-disputed Mining Charter Three.

The tension between Zwane and the Chamber’s chief executive, Roger Baxter, this week reached new heights and their relationship all-time lows. The chamber boycotted the Joburg Indaba gala dinner on Tuesday, where Zwane was scheduled to speak, and Zwane dared them to rather fight him locally instead of bad-mouthing him overseas.

Despite the boycott, a number of the chamber’s members attended the event. In his speech, Zwane lambasted the chamber for rubbishing its own country whilst addressing overseas audiences.

Baxter made some explosive comments last month at the Africa Down Under Conference in Perth, where he had told delegates that the local mining industry was in a crisis and took a swipe at Zwane by reiterating his alleged dodgy Gupta-linked past.

A seemingly casual Zwane also warned against what he called unpatriotic bad-mouthing of countrymen.

“My request is that if you want to fight me, fight me here. I am here,” he said to a packed Johannesburg venue.

“Be critical but stay patriotic,” he said, adding that the governing party’s elective conference in December would not usher in a change in policy.

“The policy will not change, in fact we already know who is going [to be] the president because the branches are the ones that elect not you and me,” he said.

Addressing the media after the event, Zwane accused Baxter of being “emotional” when he made the controversial statement. A day later, at the same event, Baxter denied this as totally untrue.

“My officials did engage with him in Australia and he painted a picture of [being] emotional, and we accepted that he is a human being. My personal point of view is that we should not be laboured by those negativities because they will not help us create an environment where we engage with everybody as a leader without really clinging on these nasty issues. What I will say even when we meet is that practice your democratic right but also remember your obligation of representing your country properly,” Zwane said.

In response to Zwane and the boycott, Baxter held a press conference on the first day of the indaba in which he said the decision to boycott was well considered.

During the conference, its organiser Bernard Swanepoel lashed out at the chamber, saying it had to stop behaving immaturely.

“We regret that the conference organiser [Swanepoel] chose to publicise our decision, which was conveyed to him purely as a matter of courtesy to assist his organisational considerations,” Baxter said, adding that Swanepoel must have had a “nip” [alcohol] at the gala dinner.

“Not only has Minister Zwane unilaterally published a charter whose full implementation would destroy the industry; he also recklessly sought to introduce a moratorium on approving new rights or amending rights. He did so on the basis of his refusal to engage on the issues. His gazetted charter establishes an agency that would administer billions of rands a year appropriated from the industry with no indications of plans for good governance,” Baxter said.

Baxter said his statements in Australia were not an emotional outburst but rather a correction of Zwane’s earlier statement and a mandated view from the chamber.

“We are not necessarily avoiding Zwane, we just know that we have more reliance on our engagement through the court processes than we do engaging with the minister directly,” he said.

Baxter said he was confident that the high court application, which is set to he heard over two days on the eve of the ANC conference in December, would be successful. The chamber is seeking suspension of the chamber and review of a number of its elements.

“We going to talk to Zwane through the courts,” he added.

He also pointed out that the chamber had had discussions with the ANC over the issue but nothing had come of it so far.

During a panel discussion on a transformed mining industry, AngloGold Ashanti chairperson and popular Jacob Zuma critic, Sipho Pityana, threw his weight behind the chamber and went as far as calling Zwane a “crook and a comedian”.