Bonang Mohale: SA could not have prayed for a better election outcome 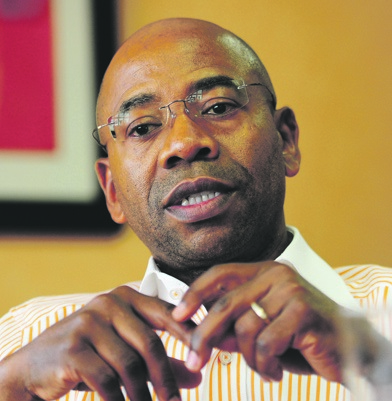 All things aside, the outcome of the 2019 national and provincial elections which confirmed the continuity of the ANC's governance was exactly what South Africa needed to ensure that credit rating agencies retain a favourable credit score on the country.

This was according to Business Leadership South Africa (BLSA) Chairperson Bonang Mohale, who spoke to City Press on Tuesday and gave his post-election diagnostics on the outcomes of last week’s general elections and how they might impact on the country’s economic prospects.

“We honestly could not have all prayed for a better outcome. The ANC and President Cyril Ramaphosa emerging victorious ensures stability, security and continuity, all conditions viewed as favourable by credit rating agencies,” said Mohale.

Mohale’s sentiments came after the rand hit a more than two-week high on Friday when the ANC’s parliamentary majority became clearly unassailable.

He added that following the elections results “it was highly unlikely” that the country could face a credit downgrade from any credit rating agency.

“The economy has been on its knees, following the past nine wasted years under [former president Jacob] Zuma’s administration and had there been any risky event, such as a dramatic turn in events at the polls, it would have had the same effect as had Eskom defaulted on its sovereign debt.”

'SA economy is on its knees'

Mohale added that the biggest challenge facing Ramaphosa now was that of turning around the country’s shattered economy.

“The economy is on its knees, inequality at an all-time high, young black graduates are roaming the streets, crucial infrastructure is in a state of decay, and lawlessness is epidemic.”

“Ramaphosa and the ANC need to deal decisively with the legacy of apartheid, root out state capture, sort out the problems at Eskom and reduce government debt. He also needs to reduce "blue tax" resulting from a bloated Cabinet, as in the past few years the ANC had been dispensing patronage based on friendships,” said Mohale.

He added that should these changes be implemented in the next 10 years the ANC would be able to turn around the country’s unemployment rate which Stats SA on Tuesday reported to have increased from 27.1% to 27.6% for the first quarter of 2019.

“The government also has to undertake a huge infrastructure development programme to address the huge unemployment rate as this would encourage investors,” said Mohale.

Mohale, however, bemoaned the ANC’s failure to ensure gender parity in their recently announced premier candidates following last week’s win in the polls, saying this was a sign that “patriarchy was still being heavily protected” by the party.

“This might also filter down to private business. There are a lot of capable females and it is preposterous that the ruling party only has two out of the eight announced premier candidates as women”.

ANC secretary-general Ace Magashule addressing the media on Monday, however, said that the party had come up with a plan to compensate for its failure to ensure a 50/50 representation of men and women on its list of premiers.

“In provinces where premiers are male, at least 60% of the provincial executive councils must be constituted by women. In all provincial legislatures, speakers shall be women irrespective of whether the premier is male or female.”

He said that young people must also be included in all executive councils and legislative structures.

The party retained six of the eight premiers it has so far announced, with only Oscar Mabuyane (Eastern Cape) and Zamani Saul (Northern Cape) replacing Sylvia Lucas and Phumulo Masualle, respectively.

The hotly contested North West is the only province yet to have a premier candidate announced.