Chrome mine battle leads to board disbanding 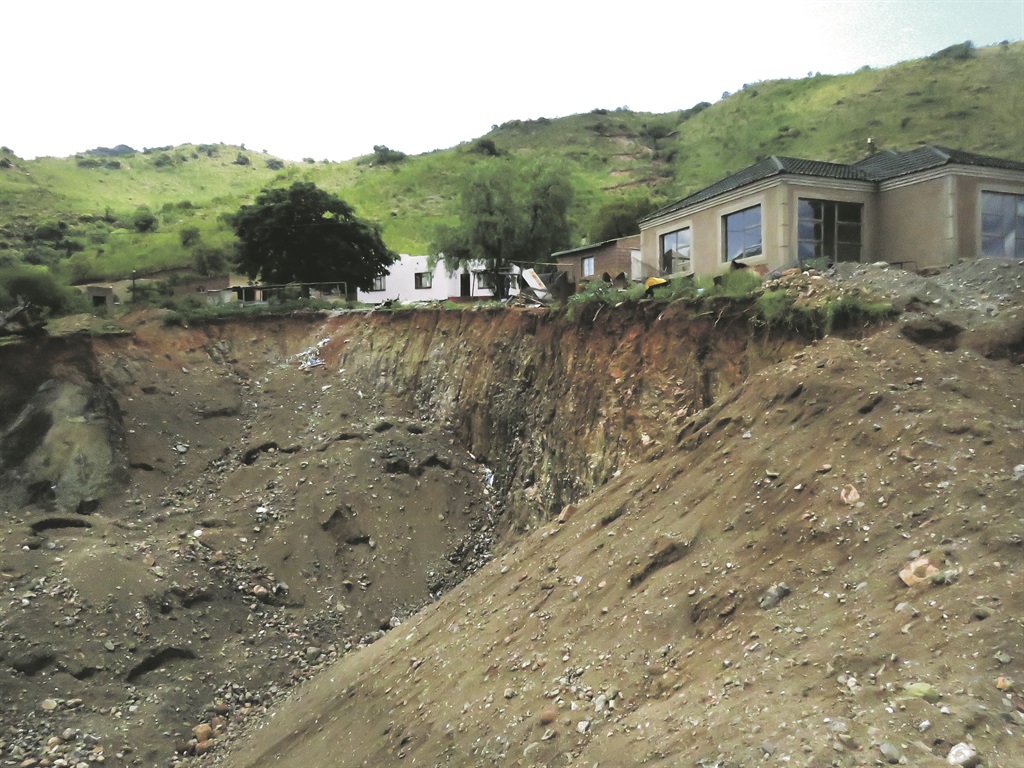 Illegal chrome mining has turned Mooihoek village, about 34km northwest of Burgersfort in Limpopo, into a dangerous place for residents as unscrupulous miners dig up the ground near their homes. The activity has, however, created opportunities for locals who have taken to mining themselves. Picture: Sizwe sama Yende

Thabo Mokone, Limpopo’s MEC for economic development, environment and tourism, has disbanded the board of a parastatal for allegedly lobbying for higher returns in a chrome mining project, in which the provincial government holds a 55% stake.

Mokone took this decision after most board members of the Limpopo Economic Development Agency (Leda) demanded that the provincial government benefit by at least R6 billion from the expansion of Sefateng Chrome Mine, situated in Ga-Mampa in the Sekhukhune District Municality, over the next 20 years.

The open-cast mine is set to be converted into an underground mine for 20 years. Leda expects this to generate R25 billion in profit, according to financial models that were presented.

But some of Sefateng mine’s shareholders dispute this, claiming that the mine will make a profit of R330 million for all shareholders in 20 years. These minority shareholders, who appear to have won Mokone over to their side, want to give Corridor Mining Resources (CMR), a subsidiary of Leda, a share of R330 million over the mine’s lifespan.

CMR owns a 55% stake in Sefateng Chrome Mine, Bolepu Holdings owns a 40% stake in the mine and the communities of Ga-Phasha, Jipeng and Ga-Mampa own 5%. CMR is set to earn R181 million in 20 years should it agree with the minority shareholders and accept that the profit will be R330 million (R181 million is 55% of R330 million).

Although CMR had backed the project since 2015, it did an about-turn on October 9 this year by refusing to sign documents unless its demand was met.

CMR’s position, the minority shareholders claim, is threatening to collapse the existence of Sefateng Chrome Mine. And Leda’s board has refused to sign project finance documents that would ensure the advancement of a R780 million loan for the underground mining project to proceed.

But Bolepu Holdings and some members of the communities involved feel CMR’s demand is unrealistic.

“CMR is holding the entire project – and Sefateng’s continued existence – hostage, in the hope of obtaining an extraordinary benefit for itself,” said the applicants’ senior counsel, Azhar Bham, in court papers.

“This demand is made at the expense of other shareholders and Sefateng. There is no alternative deal on the table. If CMR persists in its demand for R6 billion, the project will fail. The result will probably be insolvency for Sefateng. This will cause significant financial prejudice for the other shareholders.

“Although the potential death of the company ought to be a matter of supreme concern for any shareholder, CMR appears not to be concerned that its action will have this result,” Bham said.

CMR’s intransigence appears to be the result of its concern about the way in which Bolepu Holdings – which is responsible for the day-to-day management of Sefateng – has been managing commercial contracts the mine has with service providers.

A legal opinion seen by City Press indicates that Bolepu Holdings appointed companies to Sefateng Chrome Mine in which its directors or their associates have interests – and there is no record of fair bidding processes or declarations of interest.

Thus, according to the opinion, Bolepu and its directors violated clause 30 of the Memorandum of Incorporation, as well as section 75 of the Companies Act 71 of 2008, which deals with personal financial interests.

The legal opinion reads: “We have analysed and reviewed the relationship between the directors of Bolepu and the companies appointed to render mining and related services on both the open-cast and underground mine. Our analysis revealed conclusively that the directors of Bolepu have a personal financial gain in the contracts concluded.

“The directors further used the information, obtained by virtue of their directorship, to seize and provide opportunities to their sister companies. In certain instances, new companies were established, primarily to be appointed for the services required by Sefateng.”

Gerard Blaauw, director of Bolepu Holdings, declined to comment except to say: “We cannot comment because the matter is sub judice.”

Zaid Kalla, spokesperson for the Limpopo department of economic development, did not respond to questions emailed to him on Tuesday.