Could land-sharing agreements be Africa’s way into connectivity? 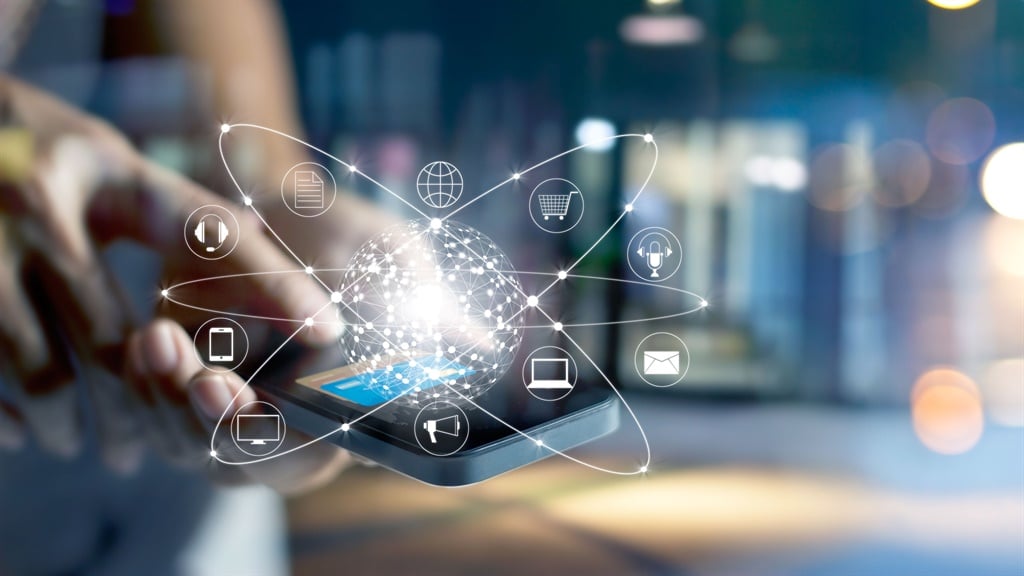 Generation Z is growing up with a wealth of instilled technological knowledge. Picture: iStock

African countries must take advantage of the opportunities presented by technological change to enhance competitiveness in the global landscape.

“This rests on our ability to adapt and to evolve. The growth of mobile money systems on the continent is an example of just how much technology can broaden access to markets, connect companies and support the growth of start-ups and small businesses,” said Finance Minister Tito Mboweni on Thursday.

He was speaking at the opening of a panel discussion titled: shaping inclusive growth and shared futures in the fourth industrial revolution at the 28th World Economic Forum on Africa (WEF Africa) held at the Cape Town International Convention Centre this week.

Mboweni opened the panel discussion on behalf of President Cyril Ramaphosa, who at the time was addressing thousands of women and some men who were protesting at Parliament against the abuse of women, rapes and murders.

Mboweni said it was important to ensure, as the continent took the quantum leap into the future, that society’s most marginalised were not left behind.

He said disruptive trends and technologies were changing the “way we live, the way we work and do business, and the way we govern”.

“We must respond with agility to craft a roadmap for navigating this new environment. We must ensure that our citizens are prepared, and, if necessary, that they are shielded from any adverse consequences [relating to the fourth industrial revolution],” he said.

He said Africa was entering an era in which there were many unknowns, such as needing to prepare young people for jobs that hadn’t yet been created.

“We need to adopt incentive programmes for industries that may experience significant structural disruption in just a few years’ time.”

Despite entering an era in which many things were uncertain, he said that there was “much that we do know”.

“We know that the free flow of data is at the heart of this revolution. Consideration will, therefore, have to be given to privacy, data protection and intellectual property rights. We know that workforces in just about every industry will be impacted by automation, possibly resulting in downsizing and redundancies,” he said.

He said according to McKinsey, up to 375 million workers globally might have to change their occupational category and acquire new skills by 2030.

Employers, he said, would need to make substantial financial commitments to ongoing upskilling and reskilling in response to labour market needs.

“We need to stimulate entrepreneurial activity because many of the big conglomerates that are the lifeblood of the economies of today will be displaced by leaner and more adaptable small and medium-sized businesses Our response must be collaborative, multi-sectoral and inclusive.

“That is why we, as South Africa, are working with our neighbours to develop a continental strategy led by the African Telecommunications Union,” he said.

He said South Africa had established a presidential commission on the fourth industrial revolution to identify strategies and action plans that would position the country as a competitive global player in this new space.

“Our response to the 4th Industrial Revolution should not merely be defensive. We must harness these tectonic shifts to solve some of our most pressing economic and developmental challenges.

“Africa can and must take advantage of technological advances to industrialise, to pursue inclusive growth and to attract investment,” he said.

For instance, he said, India had leveraged technology to broaden access to banking in its rural areas and has even digitised its public distribution system that provides subsidised food and non-food items to vulnerable communities.

“This type of innovation presents tremendous opportunities for tasks like social grant distribution, electrification and internet access. We must be open to new ways of thinking. We must always take the circumstances and varying levels of development of the many countries here into account,” he said.

Stephen Richard is a chairperson and chief executive at Orange – one of the largest operators of mobile and internet services in Europe and Africa.

Contributing to a panel discussion on reskilling for the fourth industrial revolution, Richard said when talking about digital divide a coverage problem was one of the reasons why only 25% of African people were connected to the internet.

He said recent data from his company GSMA revealed that there were 4 billion people who were not connected to the internet and, of those, 800 million were not connected because of the coverage capacity problem and more than 50% of this population was in Africa.

“3.2 billion people are not connected to the internet because of coverage problem but because of a range of problems such as lack of local language problem lack of affordable handsets a major point that we are working very hard to address at Orange capacity. Technicalities of connectivity are very important but its by far not the only origin of digital divide which splice Africa,” he said.

He said Africa had a number of specific features that would make the job even more difficult than anywhere in the world.

Also, he said there was a problem of terrestrial backhauls.

“We [in Africa] lack high capacity backhauls in Africa especially for the countries that have no access to the sea. There are countries that are largely populated in big cities, there is really no capacity problem, there is an affordable problem might be cultural educational problem. There is the situation of rural areas where there is a massive coverage problem. In rural areas, land sharing … it’s nonsense to invest in several infrastructures in one area for this kind of class of the network. We must develop land sharing agreements everywhere including inside the countries ... it’s something we must do in the future, probably one of our priorities,” he said.

Related Links
If you’re not online, it’s like you don’t exist. ‘Disruptive tech’ drives business
The rising fuel price: It’s not yet time to reconsider our ‘lifestyle of petrol’
Technology can remove barriers to economic participation
Share
Next on City Press
Gender equality is an achievable reality, not improbable ideology