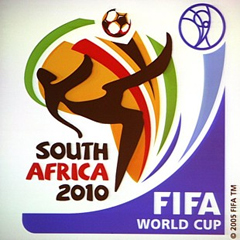 Behind every beautiful peak lies a treacherous valley. I know this from experience as a young climber of the mine dumps in Springs in the east of Johannesburg.

Listen, Jack, there is something great about getting to the top and looking down at mere mortals trudging through their tasteless lives.

Nothing massages a boy’s ego more than the sight of eagles flying below his feet.

It gives the growing man immense power in his own mind: “If I go on tiptoes, I’ll be able to touch the belly of an aeroplane as it flies past.”

Dreaming big is a gift indeed, except that everything that goes up must come down and, when it does, gravity helps without getting permission and it is never orderly. It is a free fall.

After swimming a victory lap in the acidic water at the top of the mine dump, ashy, hungry, itchy and abandoned by all boyhood bravado, the journey back home would begin and, naturally, gravity would do its thing.

Someone always got hurt – whether from a cut from the rocks on the way down, a fall or a beating from mother for going to play at a place that was, in her opinion, too far from home.

“Who would have to fetch you, huh?”

Paaa! Is the sound of the leather belt as it cuts your skin and wraps itself around your skinny bones.

“Who will fetch you?”

Crying is an art

Damned if you reply and damned if you don’t. Crying is an art, and not a frightful response like a goat dying in front of a crowd that can’t wait to braai it. Invoking your mother – “Mamayo! Ma’yo!” – even though she is the one beating you is to remind her that she is, after all, your protector, and every scream eases the intensity of the punishment. The Constitutional Court has now banned parents from beating their children.

It’s a different world, for sure, but the lesson is the same: “Behind every beautiful peak, lies a dangerous valley – and punishment.”

So when the sales peak, it is a good time to start worrying because, inevitably, there is a dangerous valley lurking around the corner.

The year 2010 was historical in many ways. Africa hosted its first Soccer World Cup, Spain won it for the first time and the sales of digital cameras peaked at 122 million units, as reported by the Camera & Imaging Products Association, which represents manufacturers of point-and-shoot cameras, as well as changeable lens cameras called DSLRs. Last year, the sales fell to a mere 21 million units. A decade ago, BlackBerry Messenger, now BBM, was the messaging service of choice among millions of BlackBerry users.
J.P. Moczulski/Reuters

Contrary to popular belief, market leaders are in the best position to see when an industry is in trouble, and are able to do something about it with their financial, technological and human resources. It is discovering the “new thing” that is most difficult.

Spectacular failures always follow resounding successes. So when you are breaking all the records, be brave and ask the question: “What will go wrong?” Actively look for the treacherous valley, knowing that it will be unrecognisable, hidden in the fog of confusion and the unpredictability of the business of innovation.

In difficult times, many executives try to fly in reverse, back to a world where they owned all the glory. That is when they get punished because newcomers are not awed by their past – they chart their own path. Camera manufacturers lost to smartphone makers, not to each other. Swallow your ego and change before the new kids on the block take over your throne.

Choose a newsletter
Voting Booth
On Sunday, President Cyril Ramaphosa announced that the country would immediately re-enforce a ban on the sale and distribution of alcohol, to reduce the volume of trauma patients, so hospitals have more beds for Covid-19 coronavirus patients
Please select an option Oops! Something went wrong, please try again later.
Ban should have stayed
15% - 6 votes
It took too long
7% - 3 votes
Booze is not the enemy
78% - 32 votes
Previous Results
Podcasts
How do you know if you are getting good advice?