How we’re going to pay for Eskom 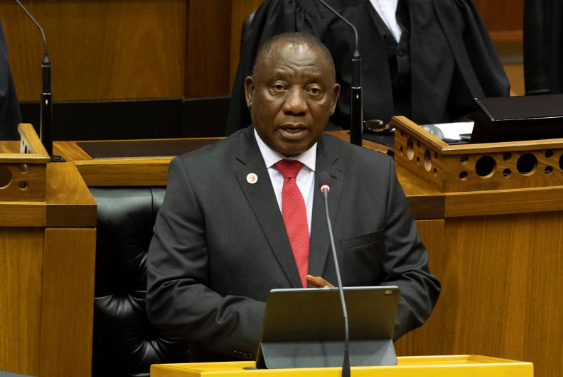 The massive bailout of Eskom that President Cyril Ramaphosa announced last week will most likely be paid for through a combination of debt – in particular the issuing of extra state bonds – as well as through approaching major multilateral institutions for loans and even tax hikes from next year.

A reallocation of government expenditure could also be a possibility to finance the bailout.

Ramaphosa last week appeared to pull back on his tough plans to restructure the power utility, which would have seen it split into three units to cut costs, including jobs.

He appears to have bowed to union and political pressure, and announced a massive bailout for the state-owned enterprise.

He has backed down from his earlier Sona speech of unbundling Eskom, which is the only way to save the electricity system in this country. His earlier speech was decisive ... but then he bumped into the unions and seems to have been paralysed

During his state of the nation address (Sona) on Thursday, Ramaphosa announced that a Special Appropriation Bill would be urgently submitted to Parliament to allocate “a significant portion of the R230 billion fiscal support that Eskom will require over the next 10 years in the early years”.

Russell Lamberti, an economist with ETM Macro Advisors, interpreted the level of the bailout to be between 70% and 80% of the R230 billion over the next two to three years, which translates into between R161 billion and R184 billion.

Stanlib chief economist Kevin Lings said that government had a number of options for raising this significant bailout, including issuing local and international bonds, as well as approaching significant international financial institutions such as the World Bank or the New Development Bank for loans. The New Development Bank supports public and private projects in the Brics group of countries. The big issue related to this bailout was how fast government planned to raise this money, as there was a big difference between raising R23 billion each year over 10 years and raising it at a much faster pace.

According to Lings, it is important that the funding be “net positive” for the economy, with the deterioration in government finances as a result of the bailout being countervailed by an improvement in Eskom’s financial position and ability to generate power. This would, in turn, boost confidence and economic growth.

The most important question is: Is this bailout going to resolve the issues related to Eskom?

It is key that the utility has a plan for how it will use the money to rectify problems such as technical issues, clearing maintenance backlogs, as well as ensuring adequate and cost-effective coal supply.

However, Lings said that Ramaphosa hadn’t announced any new plans to fix Eskom in his Sona other than the accelerated bailout.

Lamberti said government might also raise funds for the bailout by hiking taxes.

Ramaphosa said: “With the current committed funding from government outlined in this year’s budget, Eskom has sufficient cash to meet its obligations until October.

Eskom has been damaged by years of mismanagement and cost overruns on new plants, which has left it with insufficient income to cover its costs, and a fleet of old and poorly maintained power stations that struggle to produce enough electricity to meet demand.

South Africa’s economy contracted in the first quarter of the year, largely due to power cuts.

Eskom is expected to report a record loss of as much as R25 billion for the year ending in March.

It appears that Finance Minister Tito Mboweni will announce what form the accelerated bailout programme will take during the medium-term budget policy statement in October.

However, Lings said that, because an accelerated bailout had been announced, it would make sense to announce the details before the budget statement, otherwise there would be uncertainty in this regard.

John Ashbourne, an economist with Capital Economics, said in a note that Ramaphosa’s accelerated bailout might not be enough to save Eskom.

“Walking back on the reform – which was opposed by key unions – and returning to the traditional approach of just providing continual subsidies is not sustainable. We think that government cannot keep postponing the tough choice between higher electricity tariffs, ambitious restructuring and privatising at least part of the struggling firm,” Ashbourne said.

Hilton Trollip, a senior researcher at the University of Cape Town’s Energy Research Centre, said it appeared that Ramaphosa was making “massive compromises” to stay in power.

“He has backed down from his earlier Sona speech of unbundling Eskom, which is the only way to save the electricity system in this country. His earlier speech was decisive ... but then he bumped into the unions and seems to have been paralysed,” Trollip said.

A significant bailout for the power utility would increase gross government debt from R2.81 trillion at the end of March to R3 trillion.

In the February budget speech, government was already forecasting that its gross debt would rise to a record R3.04 trillion.

An increased bailout of Eskom would accelerate the state’s accumulation of debt.

The increase in debt will also hike the debt-to-GDP ratio from 55.6% at the end of March and move it closer to 60%.

In addition, a lack of economic growth and lagging tax revenues could push up debt even higher and also further widen the state budget deficit.

The hike in debt would also increase government’s debt servicing costs, which have been the state’s fastest growing cost item for a number of years.

At the same time, the bailout will substantially improve Eskom’s financial position, which is estimated to have debt of R500 billion.

An economist who wished to remain anonymous said that the announcement of an increased bailout would probably not result in a downgrade of government’s credit rating because the major rating agencies had already been viewing Eskom debt as part of state debt for a while.

“The bailout of Eskom is largely moving debt from one side of government to the other,” the economist said.

In February, when Mboweni announced his R69 billion Eskom bailout, Fitch Ratings said the move would only have a limited effect on the country’s sovereign risk profile as large contingent liabilities were partly reflected in the sovereign rating.

“Without policy response to strong spending pressures, weakening tax performance and slow nominal growth, the debt burden will increase to more than 70% of GDP – including guarantees to Eskom – by the 2023 fiscal year,” Moody’s said.

– Additional reporting by Bloomberg and Fin24