Inside Labour | Strap in, it's the rise of the machines 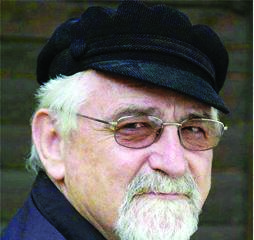 We have entered a new year and a new decade, and this one promises to be more turbulent than any since World War 2.

With increasing tension between Iran and the US, the already suppurating sores and boils on the global body politick are unlikely to subside any time soon. In fact, unless the cause of the disease is widely accepted and dealt with, they may grow worse.

But, while a future of horrendous inequality on a polluted, overheated planet beckons, there is still hope. Although none of it will stem from the woolly platitudes mouthed last weekend by President Cyril Ramaphosa.

What optimism exists should stem from the fact that the elites of this world no longer largely control the flow of information – the internet and social media have changed that.

A consequence of this over the past decade was the Arab Spring uprising, particularly the events in Tahrir Square in Cairo, Egypt. These illustrated how popular power can be marshalled by modern, democratised communication. The protests in Hong Kong offer a more recent example.

But these and other mass protests illustrate a recurring problem – rebellion against an aspect of society with no idea of a comprehensive alternative. This tends to dissolve into nihilism, as well as the rejection of all institutions, authority and ideology.

Even when alternatives are proposed, they are usually focused narrowly on one symptom of the disease that afflicts the overall body politick.

So, while it is feasible – and desirable – to lance the boil of accelerated global warming by reducing our reliance on fossil fuels, this will not eradicate the underlying cause, which is the competitive, profit-driven system.

Rebellions against established authority can also open the way for populist demagogues to fill any vacuum created by essentially negative political protest. Or, as in the case of Egypt, invite the emergence of an even more draconian military regime.

So it is obvious that it is not technology that threatens us, it is the use to which it is put
Terry Bell

But the spread of protests, including those in South Africa, often with xenophobic undertones, are examples of the popular use of technology. So it is obvious that it is not technology that threatens us, it is the use to which it is put. And that also depends on who controls it and to what end.

In previous columns about technology, I have quoted the “father of cybernetics”, Norbert Wiener, as having warned in 1949 about the economic inequalities and growing joblessness we now face.

He noted – before the massive growth of artificial intelligence – that automation could usher in “an industrial revolution of unmitigated cruelty”.

He added: “These new machines have a great capacity for upsetting the present basis of industry, and of reducing the economic value of the routine factory employee to a point at which he is not worth hiring at any price.”

Today, the threat to jobs extends well beyond the manual worker in any factory.

But Wiener also saw that the age of the machine could liberate humanity. It could. And it might still do so if, to again quote Wiener, “we can be humble and live a good life with the aid of the machines, or we can be arrogant and die”.

Humility in this context means accepting the inherent equality of all humanity; of democratic control, rather than the arrogance of the rulers over the ruled. And that means the radical transformation of the existing order.

This starts with the dismantling of an economic system based on the exploitation of the many by the few.

Perhaps this is the decade in which working people – employed and unemployed – can unite to ensure that technology works for all.

Related Links
Inside Labour: Union agenda has to put people first
Inside Labour: Labour takes the blame yet again
Inside Labour: Capital only cares about the colour of money
Share
Next on City Press
Economic revival lies in us being proudly SA and buying local

Read more on:
inside labourterry belllabourtechnolgy
ON MY RADAR
for subscribers
On My Radar | Take care as you step into the metaverse